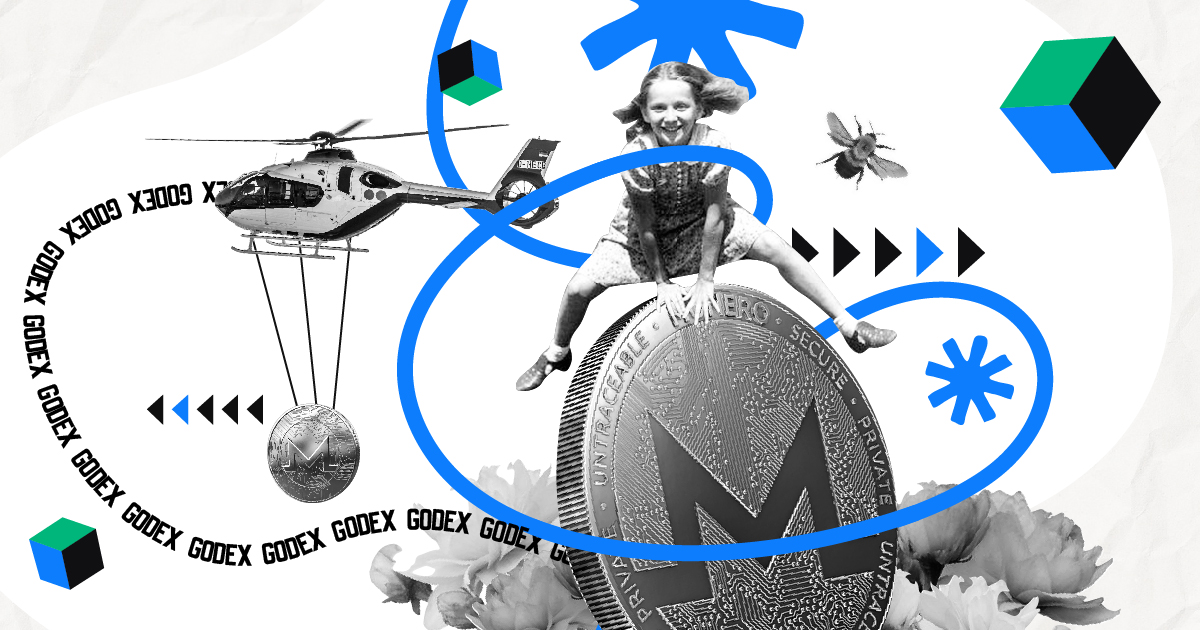 Monero cryptocurrency was introduced back in 2014. Its main features are complete transaction confidentiality and the use of blockchain. Check how to earn Monero (XMR) though different approaches nowadays.

Monero was created on the basis of open-source code and owes its key features to many users who have made a significant contribution to the creation, testing, and development of this cryptocurrency. The creators claim that more than two hundred people worked on the project.

Using blockchain is a fairly standard and familiar feature of many cryptocurrencies. Putting it simple, this technology allows you to store records of all transactions committed using cryptocurrency and provides them with general access at any time.

The key feature of Monero, which determined both the majority of the advantages and some of the shortcomings of this cryptocurrency, is absolute confidentiality, since it was originally created without any transparency. The real identities of the sender and receiver, as well as the amount of the transaction, are securely hidden from third parties.

As a result, Monero is much more reliable in terms of confidentiality than Bitcoin, since cryptography is used there to protect the sender and receiver addresses and the transferred number of coins. The creators of Monero are very serious about protecting user data, so all operations with the coin are hidden.

The Monero functionality is based on the principle of hidden addresses and ring signatures. The latter work as follows: a key that belongs to a user account is connected to one of the public keys available on the cryptocurrency blockchain. It is practically impossible for third parties to distinguish a public key from a key belonging to a user, and, as a result, the user and his digital signature cannot be connected in any way.

All Monero coins, in fact, are “shuffled” for each transaction conducted using this cryptocurrency, which distinguishes it from competitors such as ZEC and Dash. Dash uses the principle of combining transactions, which does not make them completely anonymous, but significantly reduces the likelihood that the user identity will be established. ZEC (Zcash), in addition to this, does not oblige its users to identify themselves and hides information about the amount of a specific transaction.

For those concerned, the bottom line is that the operation of Monero is hidden from prying eyes initially and the process of mixing coins is built into it automatically, while the privacy of the previously mentioned cryptocurrencies depends on whether you set it in the settings.

Thus, Monero is currently one of the most private cryptocurrencies on the market and an ideal choice for any entrepreneur who needs to keep their trade secrets inaccessible to competitors.

How do you earn Monero?

The most famous way of earning cryptocurrencies is, of course, mining – the provision of the computing power of your computer for the process of recording transactions on the blockchain.

Monero mining has some specific features that distinguish it from mining, say, ether or bitcoins. The fact is that the hashing process used for mining Monero is completely different, and it is not suitable for ASIC chips that were specially developed for mining Bitcoin.

The algorithm used for mining XMR (it is called CryptoNight) was developed primarily in order to successfully operate on processors and video cards and is quite demanding on the amount of RAM. Its main feature is the use of a protocol that includes ring signatures.

In order to successfully mine Monero, you have to take several steps:

As we mentioned above, Monero mining is most productive when working with processors and video cards similar to those that are usually installed on computers for general use. Thus, when you plan to purchase equipment for your future mining farm rig, you should not look for specialized video cards for mining (they are usually sharpened for Bitcoin and most often go without a guarantee), but ordinary devices for gamers and those who work with computer graphics.

As practice shows, devices from AMD Radeon generally show themselves better than similar cards from NVIDIA in Monero mining, so it’s worth focusing on them. Pay attention to such models as AMD RX 470, 480, RX 580, and HD 7990. Do not forget to take into account and compare what performance you get from each specific card, what power consumption it requires, and how much it costs.

Monero mining requires special miner programs. The most suitable program for mining Monero is Claymore – it was specially developed for the algorithms that XMR uses, and it is tailored for work on video cards from AMD. In order to mine on NVIDIA graphics cards it is better to use the EWBF miner.

In both cases, if your computer is equipped with a sufficiently powerful processor, you can use the MinerGate program for parallel Monero mining on all available devices (there is also MinerGate app for iOS and Android to help you monitor the mining process).

You would also need to download and install the newest software drivers for your GPU’s, of course, which can be done from AMD or NVIDIA official websites.

Be sure to record the results of mining and compare the profit made with the costs of equipment and electricity to imagine the profitability of XMR mining for you personally more accurately.

But even if, for some reason, you cannot mine this cryptocurrency, there are other ways you can earn it.

Of course, the most obvious way is to directly buy cryptocurrency in exchange for fiat money; There are many exchangers on the network with which you can purchase XMR and get them into your virtual account, paying for your purchase by card or in another way.

In addition, you can also “connect” to one of the so-called “cryptocurrency faucets”: these are special sites that offer rewards in cryptocurrencies for performing simple actions such as following a link, filling in a captcha, or leaving a comment. Of course, you won’t make a fortune from this, but it will do. The most famous cryptocurrency faucets are Express Faucet, MoneroFaucet.Info, and MyCryptoHub.

Another way to earn XMR coins is the ability to receive cryptocurrency on outgoing traffic. Several projects allow you to transform ordinary links into “hidden” ones: when somebody clicks them, he will generate profit in Monero coins for the creator of the link.

Well, finally, you can simply accept payment for goods and services in XMR by transferring the address of your cryptocurrency wallet to the client.

How to make money on cryptocurrency exchange?

The basis of earnings on the exchange of cryptocurrencies is based on the same principles that were used for trading on the exchange in the last century: buy cheap, sell expensive. Despite the apparent simplicity of this principle, the exchange itself can be very difficult, so you should approach it with the utmost care.

There are special online services dedicated to exchanging cryptocurrencies, so-called cryptocurrency exchanges. The vast majority of them give users access to both the opportunity to exchange a wide range of cryptocurrencies and statistical information about the history of transactions already completed and current quotes.

In order to successfully engage in cryptocurrency exchange and make money on it, you must carefully monitor market trends and find the right moment to buy or sell cryptocurrency. It is also worthwhile to devote enough time to studying the theoretical part and psychological preparation. The cryptocurrency market is famous for the speed and suddenness of changing trends (this is called “high volatility”), so you can both quickly increase your investment and lose it.

One of the most suitable options for exchange is the Godex exchange, which was specially created for working with private cryptocurrencies, one of which is Monero.

Check Top exchanges to get Monero (XMR) in the USA

How to exchange Monero with Godex?

A huge advantage for users is the ability to perform cryptocurrency exchange operations without registering and creating a personal account. Thus, your operations become even more confidential. Among other advantages is the absence of a limit on the size of operations and high resource ratings on TrustPilot.

The exchange process with the Godex system is straightforward – the user only needs to select a cryptocurrency pair within which he plans to exchange and the number of coins, after that he will receive information about the exchange rate and be able to complete the exchange. The lack of the ability to make advanced orders means that the exchange will always occur at a given rate, without limit orders.

These restrictions provide users with some protection against the high level of volatility of the cryptocurrency market, as the exchange rate cannot change dramatically until the transaction is completed.

The creators of the exchange claim the most convenient electronic wallet is Edge, which initially integrates the functions of interaction with Godex.

Otherwise, the principles of working with Godex do not differ from the general principles of cryptocurrency exchange, which we described above. Careful monitoring of market trends and a competent choice of the moment of the exchange will become the key to good output in this matter.