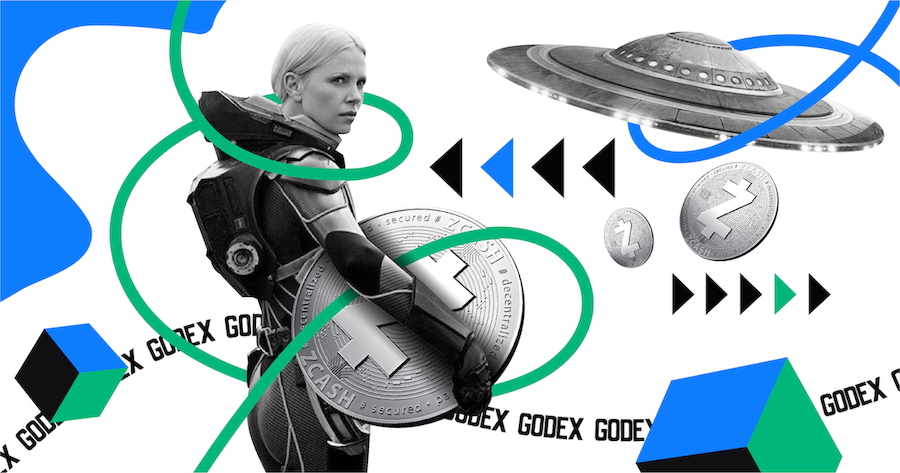 In the article we share our vision at Zcash cryptocurrency main features and add several price predictions.

As cryptocurrencies gain global acceptance and decentralisation slowly enters our lives, privacy becomes the main concern when talking about blockchain adoption. It is no secret that distributed ledger is by far the most secure and transparent technology ever created. Nonetheless, privacy is often sacrificed with a goal to emphasize its other important features, such as decentralization, credibility, immutability, and security. Blockchain only exposes data that is meant to connect numerous operations among one another. Information such as status, name or surname is not revealed on the network and perceived as the “outside wisdom”. Nonetheless, when investors transact their digital funds they reveal their private details which link their private details to a transaction that they want to confirm. That is how unauthorised users and scammers can predict how much virtual coins you have, how you control your coins, and where exactly you trade your virtual coins.

The full transparency of the Bitcoin ledger implies that all operations are exposed to illegal tracing and monitoring. It bothers those stakeholders, traders, and ordinary users who pay tribute to the benefits of blockchain innovation but strive for enhanced privacy.

To address this serious issue, developers have introduced a new class of virtual coins that primarily focus on full confidentiality and privacy. Zcash (ZEC) is a privacy focused open source P2P digital coin which was originally launched as a BTC fork. With an accumulated supply of 21 000 000 coins, it was launched by Zooko Wilcox in late 2016 under the name Zerocoin. Later Zerocoin was renamed into Zerocash and eventually was turned into Zcash in 2018. This altcoin prioritizes transparency and anonymity with the help of innovative cryptographic mechanisms. As Zooko Wilcox claimed in one of his interviews, Zcash is both a unique blockchain ecosystem and digital money, which enables traders, companies, and investors to manage their privacy settings and decide on who is authorised to review their private information. How? Zcash gives its users a preference between 2 types of operations: ordinary Bitcoin-style transactions or protected private transactions. For example, Kate plans to send 2 ZEC to Alex. If Alex wants to keep this transaction traceable and transparent, Kate will choose the first option, where she will use Alex’s t-addr or ZEC address. At the same time, if Alex wants to keep this transaction anonymous, he can ask Kate to send the digital coins to his randomised and protected address, or z-addr.  Zcash ecosystem is maintained 100% private and does not disclose any unnecessary details. All related information is securely encrypted without the necessity to expose any active participants. What is more, Zcash members can use something called zk-SNARKs to guarantee that the transaction was secure and fair.

If one wants a financial operation to be completely safe, both Kate and Alex have to utilize a private transaction mechanism with shielded addresses. Private Zcash transactions do not expose the user’s data and other unnecessary details which would otherwise be open to the public. Enhanced privacy of Zcash transactions is achieved with the help of the revolutionary zk-SNARKS mechanism and Zero-knowledge algorithm. Zcash platform has great confidentiality levels that are improved through the application of unique cryptographic algorithms. Because of zero knowledge protocol and other security tools, the chance to trace transactions executed within the Zcash blockchain is very limited or entirely impossible. Zcash primarily focuses on such significant characteristics as transaction confidentiality which enables Zcash traders to effectively manage their digital coins without the risk of being exposed.

What algorithm does Zcash use?

Zero knowledge algorithm was invented in the end of the XXth century by the group of MIT scientists Silvio Mical, Schafi Goldwaser, and Charles Rackoff. They were concerned about the quality of privacy in the existing proof algorithms, in which a “prover” interacts with a “verifier” to assure them that they possess a certain information without disclosing what that information is. Before Zero-knowledge proof was introduced, most systems were backed by “auditability” and “soundness” features. As a rule, it was presumed that the prover can potentially be the fraudulent element which would try to mislead the verifier. The three MIT researchers introduced an alternative approach, in which the verifier could also be fraudulent. The issue they raised was, how can one be sure that the verifier will not expose the information and how much information should the verifier know about prover so it does not harm him in case something goes wrong.

Zero knowledge algorithms involve two active players – the one that verifies and the one that proves. According to this algorithm, a prover can exemplify to one who verifies that he or she has a specific knowledge without exposing or telling what kind of knowledge it is. As a result, Zcash has a number of unique characteristics which make the coin 100% private if needed. The important parameters to satisfy are:

Zk-SNARKS is widely used in blockchain in order to provide high security and complete privacy. This technology is closely related to smart contracts. In a nutshell, a smart contract is a small computer program that carries out a certain task (like the release of funds) if particular conditions are met. Once launched, they cannot be changedor deleted. What is more, the output has to be validated by all users on the network. Think of crowdfunding. Kickstarter is a middleman that connects product teams to supporters. Instead, the backers can send their money to the smart-contract. If the team manages to deliver on their promises, they get the funds. Otherwise, the backers are reimbursed. Smart contracts allow creating community-based apps for loans, subscriptions, automatic payments, collectibles, insurance claims, payments on delivery, and much more.

Privacy cryptocurrencies are more complicated due to their confidential and multi-layer nature. Suppose Kate has started a smart contract with Alex. In order to receive the payment, she needs to do all requirements listed in the smart contract. But what happens if the requirements are not revealed to the network because they are confidential? This is where Zk-SNARKS comes into play. This innovative algorithm which was created specifically for the needs of privacy coins confirms that all necessary requirements are met without exposing what they really are.

Zcash is considered to be the most rapidly developing and high performing privacy coin in the cryptocurrency market. It is always added in the first 20 cryptocurrencies by market capitalisation which signifies its stability and acceptance. Zcash mining is also increasingly popular among traders and miners from all around the world. One can often find important Zcash news which influences its price and position compared to other coins. Thus, the question arises, what is zcash worth. With the 2020 crisis, it is very hard to make any predictions for the blockchain sphere. Similar to Bitcoin, many cryptocurrencies have dropped in price in Q1 2020, losing half of their value overnight. Since COVID19 is a negative event that no one could foresee, no algorithm can claim to accurately forecast short-term Zcash price dynamics.

By the next year, it will become more clear on what the future holds for Zcash. As we all know, Bitcoin is the key game-changer in the cryptocurrency industry. Crypto Ground announced that this coin is expected to outperform and hit $135.7029 by 2021 which is more than 100% increase compared to its current position. According to Trading Beasts, it has a great growth potential and might grow to $53.500 by the end of December.

As anonymity and privacy of operations and other related transactions are very important characteristics in the blockchain and cryptocurrency sector, privacy altcoins, such as Zcash, are expected to outperform in the near future. Considering the recent ZCash improvements, including anonymous mobile transactions, the coin has a great potential for growth and development. In one of the interviews, a well-known crypto site Wallet Investor predicted that Zcash price might very well reach $1358 by the end of 2025. However, this cryptocurrency needs to reshape its current form and shape in order to keep penetrating the traditional banking industry.

In 2020, investors are concerned about economic security and financial stability which also implies greater privacy levels. Zcash provides an effective solution to the serious issue of privacy due to its numerous features that ensure high level of confidentiality and privacy. Privacy altcoins, such as Zcash, have increasing volumes of trade, growing value and the indicators are forecasted to outperform in the next couple of years.