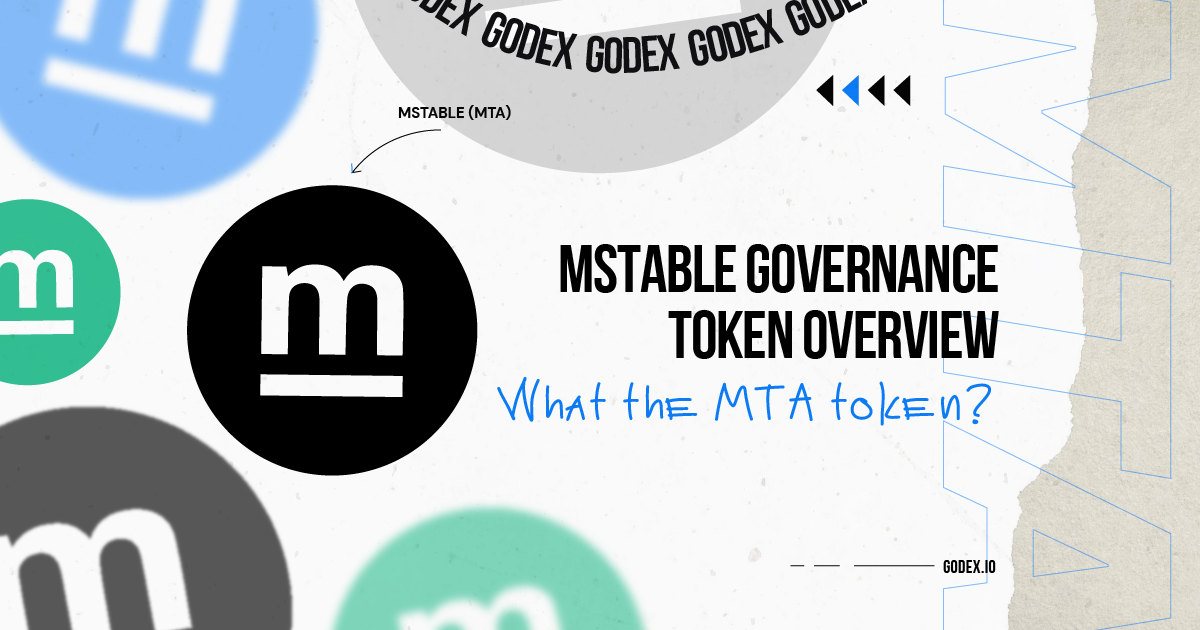 Due to the fact that the MTA token is quite young, not many have heard of its existence, and even more so few people know what it is and how it can be used. I hope this article will help you figure it out. Built on the Ethereum blockchain, Meta (MTA) is now a token of the mStable platform. Its central function is to coordinate decentralized governance. This means that every MTA owner who stakes their tokens becomes part of the mStable governance. Such governors can vote, suggest their ideas and join discussions. In general, they actively contribute to the sStable platform, make sure that the safety of this protocol remains for all times and get rewards for this.

mStable is a decentralized universal platform allowing lending, swapping and saving. It is aimed to help create a decentralized economy that is better in security and usability than the sum of its parts.

As the result of stablecoins and other tokenized assets unity, mStable assets, called mAssets, are created. mAssets are pegged to unique assets they represent, such as cryptocurrency, commodities, fiat currency, and alike. There are three main functions for mStable assets: mint, swap and save.

The main instrument of the platform is the mStable USD token (MUSD). It is a stablecoin pegged to the dollar exchange rate and designed to unite cryptocurrencies and the traditional financial system. There are already several such stablecoins, for example, Tether (USDT) and TrueUSD (TUSD).

The users with mUSD can use the advantages of the mAsset platform like:

In the case of, let’s say, USDT blows up, because the market finds out that there is only one dollar for every 10 tethres that get created. It would mean that the system is in a 33% shortfall. This is where the mStable governance token comes in. In a case of a shortfall the mStable protocol will mint more mStable tokens and then sell them on the open market to pay back the debt that was created.

MTA token is used for

Basically, there are three words that can outline the MTA token jurisdiction:

Users that stake their MTA become the part or the mStable governance, which means that they can change or add parameters to the protocol.

MTA governors get earnings in return for their work.

In case any mAsset loses its peg, users will sell their MTA to redeem the lost value.

How to obtain MTA?

MTA can be bought on any decent exchange such as Huobi Global, FTX, Gate.io, ZT, Bitribe and WBF Exchange.

Unlike other major cryptocurrencies, it cannot be bought directly with fiat money. However, you can still easily buy this coin by first purchasing Bitcoin on any exchanger with fiat currency and then transferring it to an exchange that supports the BTC/MTA pair.

Also, when you stake MTA you’ve got and provide liquidity for mStable and other assets on Balancer, then you can earn mStable and Balancer tokens.

There are three major functions:

mStable strives to create assets that are safer and more powerful than the sum of their parts.

Presently, most pooled stablecoins exacerbate risks for liquidity providers (LPs). If an underlying stablecoin loses its peg forever, users have an incentive to completely fill the pool with that stablecoin, buy back anything of value, and ultimately take all the value out of the pool, leaving LP with nothing.

mStable is working to take control of this risk or create a risk limitation mechanism. In this case, if the collateralized asset loses its peg forever, mStable will be able to clear the asset and restore the lost value by selling the MTA for the outstanding mStable asset.

Governance plays a key role in the development of mStable. To become one of the governors one should “lock up” their MTA tokens. It will bring profit and empower one to influence the platform’s functionality by voting for or against the implementation of proposals. This may concern the addition/removal of mStable assets and basket assets and their maximum weight, swap commission and other parameters of the platform;

Much of the MTA supply will be channeled through the ecosystem and other rewards to incentivize resource providers to launch the mining of mStable assets, and to fund their liquidity and utility.

mAssets holders are able to get rewards from three sources of income:

Being a relatively young phenomenon, we can say that the topic of mStable protocol has not yet been fully disclosed and much remains to be learned. Some people are skeptical about mStable’s idea of a 1:1 ratio, as tokens don’t always have to be worth $1. However, they cannot deny that mStable is truly a standalone stablecoin infrastructure with a unique governance and reward system. Moreover, it solves several problems among which are counterparty risk and fragmentation, and tries to protect its users from losing their capital. Therefore, given the above features, we can conclude that mStable is indeed different from other stablecoin pools.