How long does Bitcoin take to send? 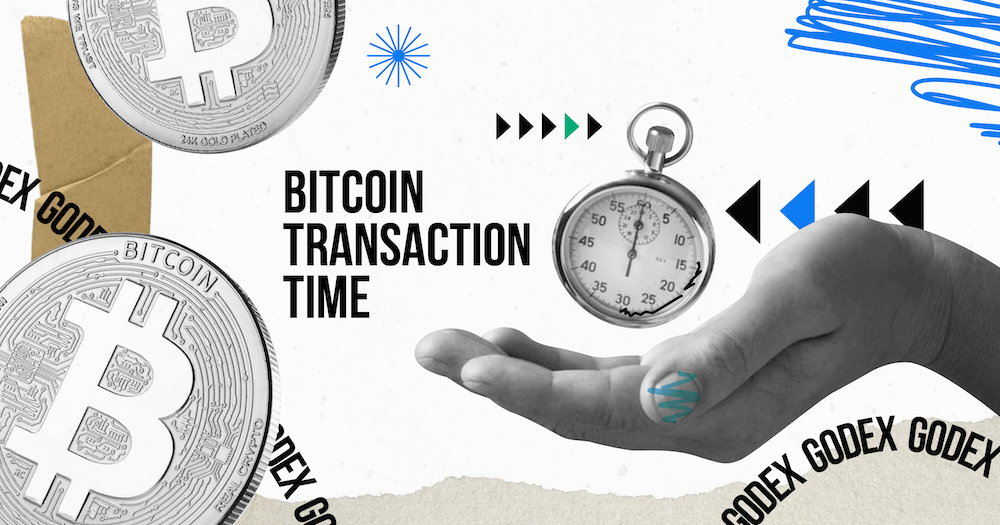 Living in a world with its changing trends, moods and events, we are used to fast pace and fell in love with speed. It made us a little impatient, so waiting for something annoys us. Especially when it comes to financial matters.

When we use online banking for transfers, money is often deposited into the account within a few seconds. Therefore, it is not surprising that when it comes to cryptocurrency, Bitcoin in particular, big questions about the speed of transactions arise. It would seem that the money of the future must fly at the speed of light, but instead, it happens that they reach the addressee within a few days, or even more than a week.

To understand why this is happening and what could be the reason for such a delay, you need to find out what happens after you clicked on the “Send” button.

What happens when you send Bitcoin

Welcome backstage! Let’s start by grasping the nature of the Bitcoins you own. As you already understood, Bitcoin is a digital currency, you cannot pick it up like a banknote and pass it through a counterfeit money detector. Therefore, a public register known as the blockchain is used to verify the transferred Bitcoins.

We can say that history is inscribed in the Bitcoins that you own, which tells where they came from and which transactions they took part in. In addition, there are two keys, public and private, attached to them. The private key is like a pin code that belongs only to you and no one should know it as it confirms your right as an owner and helps to send coins to others. Whereas the public key is like your email address, it contains the transaction data, and you can share it with others to receive Bitcoins.

So, when you want to send your Bitcoins to, say, Jim, before getting to him, they go through a complex process that includes the following major stages after clicking on the “Send” button:

Stage 1. When you declare your desire to send a certain sum of money to Jim, your Bitcoins, figuratively speaking, is accompanied by a message in which you can read information about Jim’s address (his wallet), the number of bitcoins sent, as well as data about the source of the coins themselves and the transactions in which they participated.

Stage 2. The request to send bitcoins goes to the network, namely the mem pool, which is a kind of waiting room where all unconfirmed transactions are waiting in line. Then, the miners ensure that you have enough bitcoins to send to Jim and that they are not participating in other affairs. After such verification, the transaction enters the block and joins the blockchain. In addition, they are protected from outside interference.

Stage 3. Jim receives the long-awaited bitcoins within 10 minutes, or 60 if he agrees for the transaction to go through all six verifications. But this is only if there is no heavy load on the network and there is free space for your bargain in the blockchain.

The importance of transaction fees

Along with the number of Bitcoins, a commission for the transaction may be sent. It is a reward for the work of a person who will make sure that the interaction between the sender and the recipient of bitcoins is successful. Accordingly, the more you are willing to pay, the sooner your transaction will be taken out of the mempool and placed in a block.

And this is not entirely due to the greed of a “selfish” miner, but rather to the fact that the block is able to accommodate a limited number of transactions, which means that transactions with a higher commission are in priority. That is why some can wait for their happy hour in the mempool for days, while others are processed within a few minutes.

Therefore, if you want your sending to be approved as soon as possible, do not skimp on the payment of blockchain workers.

It simply doesn’t exist, as the actual transaction time is contingent on two main factors:

The first will stimulate the miner to quickly get a suspicious transaction from the mempool in order to approve it. It takes about 10 minutes. Therefore, it is believed that the average Bitcoin transaction time is this period of time. However, there are 6 confirmations to be done and each of which takes 10 minutes. Accordingly, if you expect all of them to be fulfilled, it can take about an hour or even more if the network is overwhelmed with transactions. It’s like in a traffic jam, there is little that can be done to speed up traffic. Of course, you can get along with only one proof, but if you send a large sum of BTC, it’s better to endure the whole process.

Of course, such a long wait for the completion of crypto transactions is not acceptable and Bitcoin developers are aware of this. Especially considering the high competition, where some altcoins are far ahead of the cryptocurrency father in speed.

How to send Bitcoin faster and Will BTC ever be quicker?

There are two ways to accelerate the BTC transaction. The first way is to increase the commission which in turn will increase the salary of the miners, appease them and encourage them to pay attention to your transaction as soon as possible. There are wallets with a special option that allows you to manage the number of transaction fees. This way, you can control it depending on the number of Bitcoins being sent and the length of time the recipient is willing to wait.

The second way is to use something like a “workaround” called the Lightning Network. It is a layer above the bitcoin chain that helps to execute contracts faster and free of fees. It is like a separate state with its own rules that differ from the Bitcoin network.

So far, these are all the existing methods of speeding up sending Bitcoin. The development of promising projects gives hope that soon the question “why so long?” will be replaced by admiration for the speed of the legendary cryptocurrency.

Sending Bitcoin at zero or low fees will slow down the processing of the transaction. On average, the process with a full set of proofs takes about 60 minutes, but with high traffic, the duration of transferring bitcoins between wallets can be calculated in days. If the amount of BTC is not large and the receiving party agrees to be limited to one confirmation or even zero, the transaction will take place within about 10 minutes.