Difference between Bitcoin and Bitcoin Cash 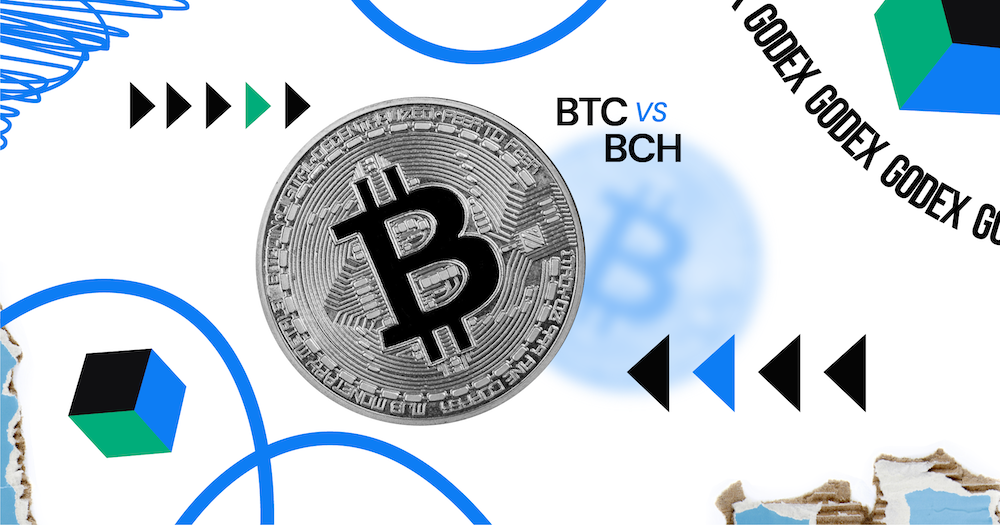 As of today, Bitcoin has experienced more than 100 forks. Many of them turned out to be a scam (fraud) or simply could not prove their worth. However, among all sorts of “Bitcoins” there are projects that are worth paying attention to such as Bitcoin Cash. What came out of this, and does this altcoin have any value now?

Bitcoin VS Bitcoin Cash: An Overview

Bitcoin (BTC) is the bestselling digital coin. It has no denominations, you can not touch it, as it is completely based on cryptographic methods. Its most important principle includes complete decentralization, it neither has a central administrator nor obeys financial regulators and banks. This makes Bitcoin radically different from any payment unit in the world.

Bitcoin appeared in 2009 as an alternative to traditional money by an unknown programmer who took the pseudonym Satoshi Nakamoto. Some problems are inherent in the Bitcoin cryptocurrency such as small block size, a low confirmation rate (up to several hours, 6-7 transactions per second are processed), a high commission for an operation (today, on average, about 19 USD), which have become increasingly evident over time.

In August 2017, a conflict broke out among Chinese Bitcoin programmers and Western miners regarding the extension of the block in the BCT network. As a consequence, the chain split and a hard fork сalled Bitcoin Cash was born.

After BCH launched, each user who possessed a certain amount in Bitcoins automatically became the owner of a similar amount in BCH, and from one wallet, theoretically, he could conduct two transactions with the same encryption keys. But the main thing – never send Bitcoin to your Bitcoin cash wallet or vice versa as these are completely different currencies.

Bitcoin VS Bitcoin Cash : The War of the Prices

In the end of the first quarter of 2021 the Bitcoin rate again closed in the $ 60 thousand score. Over the past three months, a large number of significant developments in the crypto industry have occured, and the number one crypto coin has almost redoubled in value.

Let`s recall that in mid-February 2021, the Bitcoin rate for the first time reached an important psychological mark of 50 thousand US dollars. Last but not least, this is the merit of large corporations increasing investments in digital currency. For example, in January this year, Tesla, an American electric vehicle manufacturer, acquired $ 1.5 billion worth of Bitcoins. By now, this investment has paid off with interest and brought the company more profit than it managed to get in the entire last year. Nonetheless appreciative anticipation, reaching $ 100,000 mark before summer 2021 is too ambitious an intention. Most likely, Bitcoin will appear in the range of $ 70- $ 75 thousand in the second quarter of this year.

As of April 2, Bitcoin Cash price is $ 566.06 at $ $3,286,868,153  daily volume. Currently, about 18.6 million BCH coins have been mined. The coin became quite popular immediately after launching and at the end of November 2017, it was already worth $ 1,000, and a month later gained the mark of $ 4,300. This price did not last long, but nevertheless, the Bitcoin cash currency was for a long time one of the four blockchain projects with the highest capitalization level, along with BTC, ETH and Ripple.

Bitcoin VS Bitcoin Cash : The Features

What is the difference between Bitcoin and Bitcoin Cash?

If to speak about similarities then both coins are based on the same blockchain code: SHA-256 mining algorithm, Proof of Work consensus, ten-minute block formation. Even BTC vs BCH emission is the same and it equals 21 million coins.

Frankly speaking, Bitcoin Cash is still that dark horse, so opinions on this cryptocurrency are very controversial. Some competent crypto experts believe that Bitcoin Cash will not last long, compared to Bitcoin as it slows down in development and it can soon be written off as some Bitcoin forks that have sunk into oblivion.

The main message is that whatever one may say, Bitcoin will not be moved from its pedestal as the main player of the market and the favorite of investors.

But some optimists hope that BCH will repeat  Bitcoin’s history.  Due to recent assumptions by August 2021 it will surpass the $ 1,000 mark.

But as a rule, skilled experts like Elon Musk choose Bitcoin for investing, and they prefer to pay for goods with altcoins. Thus, carefully study the market, watch analytics and expert forecasts. Do not panic with sharp jumps in rates, this is a crypto market, and despite the frightening volatility, you can make very good money there.

Being the largest one among the hard forks Bitcoin Cash quickly gained momentum and established itself as a currency with a multi-billion US dollar market capitalization.

BCH can be distinguished by the following advantages:

However, for all the perceived advantages, BCH is still very far from the top of the cryptocurrency world. Is Bitcoin Cash better than Bitcoin? Most experts agree that BTC will keep holding its top because it is a time-proven asset by many investors. Do you know any investor who is ready to waste his money? We neither.

The creators of Bitcoin Cash did not aim to throw down Bitcoin. In general, we can assume that the success of Bitcoin Cash was ensured by “copying” the Bitcoin brand, which is known to almost every user in the world.

Is Bitcoin Cash a good investment?

If you are interested in this cryptocurrency, then most likely you wonder if it is worth investing in Bitcoin Cash at all, and whether BTC or BCH are better. Let’s try to answer it.

On November 15, 2020 a planned hard fork took place on the BCH network and the Bitcoin Cash blockchain split into two backward-incompatible chains: BCHN and BCHABC. Currently, the BCH network is updated every six months. Such events negatively affect the value of the coin. The project is still in a very unstable position, and the community has serious disagreements regarding its further development.

Thus, in the BTC vs BCH game, Bitcoin still looks like the best option. Bitcoin’s reputation, history and popularity keep it at the top of the rating list by a huge margin from its pursuers. Elon Musk, who has recently led the ranking of the richest people in the world, has invested in cryptocurrency. Musk stated that he supports Bitcoin, and also expressed regret that he did not invest in cryptocurrency eight years ago.

In conclusion, we would recommend taking this cryptocurrency as a good tool at least for the short-term investment in terms of smooth growth and good dynamics of the asset as of today. Considering the pros and cons that exist today, each investor must assess the degree of risk of capital entering an alternative to Bitcoin. However, beginners should not forget about the rule, which states that no more than 30% of the available capital can be invested in high-risk assets.

What is Bitcoin Cash used for?

BCH works and its system is similar to its predecessor.  What is BCH used for:

Already today, in terms of its capitalization, this electronic currency occupies 13th place in the TOP-100 cryptocurrencies.

Not anytime soon, but within 10-15 years, the digital currency will replace paper money. This opinion is expressed by a number of experts, confidently stating that during this period there will be profound changes in the financial sector, which will lead to the formation of a society of cashless money.

Digital currencies will take a dominant position in major cities of the world and countries with a developed IT infrastructure as well as in developing countries in Africa, suffering from galloping inflation. But the penetration of new technologies will not have time to cover the whole world, especially the rural population, which even today sometimes resorts to natural exchange.

Already today, in many countries of the world, during self-isolation due to rumors about the epidemic danger of banknotes, many citizens almost gave up cash, using cards and online transfers. However, so far, we can only talk about the displacement of cash fiat by non-cash fiat and not Bitcoin vs cash..

Cryptocurrencies still have significant drawbacks. For example, high risks due to exchange rate volatility, high commissions for deposits and withdrawals, involvement in criminal schemes, low prevalence in the world, etc. For these reasons, ordinary users may opt for digital payment systems developed by central banks.

Crypto Currencies
4 minute read
AVAX vs SOLANA: What Is Better?

In the crypto industry, a bunch of altcoins has been dubbed the “killers of Ethereum”, but many of them have faded into oblivion over time. However, this is certainly not true of Avalanche, which rightfully bears this title and is considered to be one of the most potentially profitable investments to date. Solana is also […] 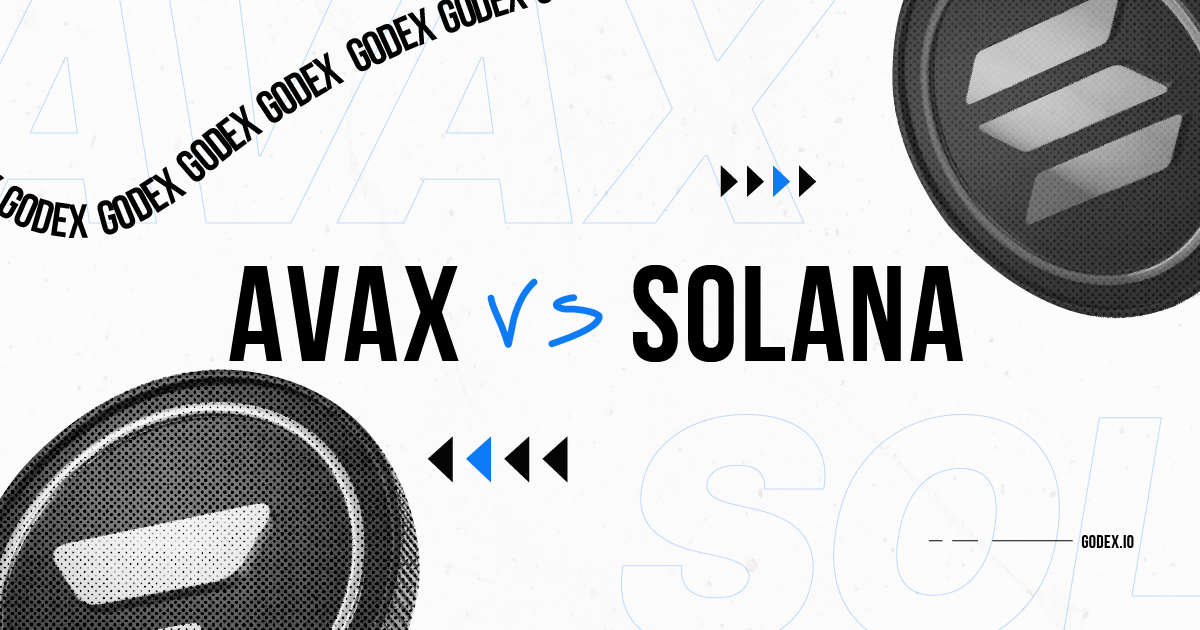 What is a BAT coin? BAT stands for Basic Attention Token. The idea behind this token is very simple but genius. Brendan Eich, who founded JavaScript language and Mozilla Browser, investigated the problem of advertising blindness and ad blocking software. As a result, he gathered a team and created a special browser to watch advertising […]

Any crypto is an extremely volatile asset, the value of which can be affected by a whole bunch of factors. It means that it is hardly possible to predict how the Keep3rV1 rate will behave, especially in the long run. That is why KP3R coin price predictions made by various crypto analysts can be very […]