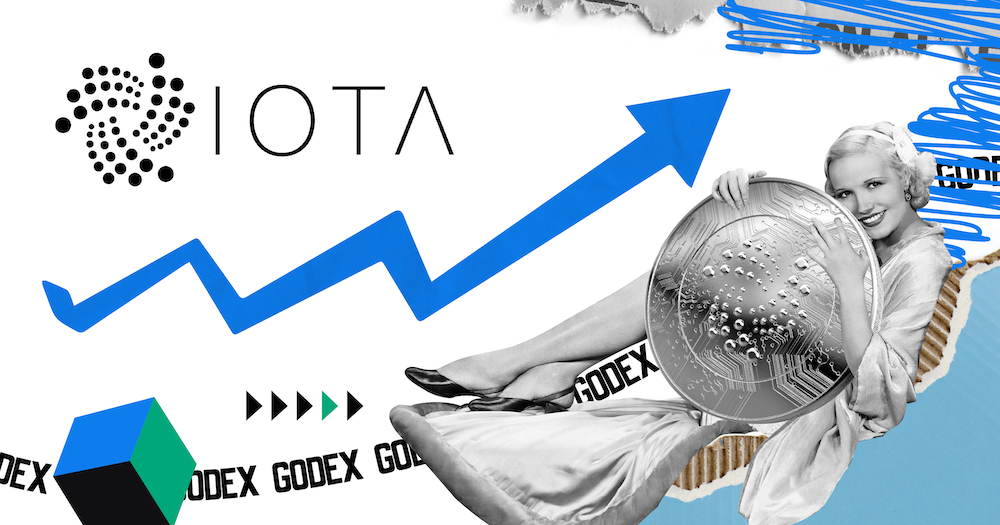 You will find answers to all these questions in the article.

What is MIOTA (IOTA)?

First of all, let’s understand the difference between the concepts of MIOTA and IOTA. In fact, it’s the same thing. IOTA is a revolutionary new cryptocurrency. MIOTA is the ticker of this cryptocoin.

It’s main fundamental difference from all other existing cryptocurrencies is that IOTA doesn’t use traditional blockchains.  Instead, IOTA uses Tangle, a unique distributed ledger technology.

Initially, the IOTA project was created specifically for conducting multiple, free and fast transactions in the Internet of things. The main difference between IOTA and all other similar projects on the crypto market is the Tangle system, which the developers created specifically for their product. This system allows you to achieve a very high transaction speed and an increased level of security. In addition, online transactions are completely free.

Tangle is an endlessly branched system. It is constantly growing and developing in any direction. The blockchain, by contrast, looks like a chain of exclusively sequential blocks. And there is no place for deviations.

That is why IOTA is very convenient to use for micropayments, where, for example, it will be simply impossible to use Bitcoin, since the network transaction will be higher than the payment made.

IOTA (MIOTA) differs not only in its concept, but also in its advantages:

All of the above benefits are a solution to the problems of Bitcoin and other systems based on a similar concept.

How does the Internet of Things (IoT) work?

What ins the Internet of Things? It is a system of all connected devices, machines, equipment, people and even animals with the ability to automatically transmit data over the network and make decisions without human intervention.

Things on the Internet of Things are absolutely anything with an IP address and that can transmit data over a network. For example, an agricultural greenhouse, which itself regulates the amount of watering, medical devices that monitor the patient’s condition and transmit the analyst to doctors, navigators in the car, a kettle that turns on when you open the front door.

Companies across a wide range of industries are now increasingly using the Internet of Things to improve operational efficiency, improve customer understanding, improve customer service, improve decision-making, and increase business value. This is our future, so many companies are actively investing in IoT development.

The MIOTA (IOTA) token was introduced as a convenient means of payment within the IoT. Therefore, with the development of IoT, the importance and price of MIOTA will grow.

MIOTA forecast is very optimistic. Experts agree that MIOTA can be considered as one of the promising altcoins to date. Taking this into consideration, we may wonder not whether IOTA price will rise or not, but rather at what rate that will happen.

The developers are actively looking for new opportunities for the development of the project and are working to expand partnerships.

The IOTA Foundation was created in Germany just a few years ago – in 2017. Its main task is to attract investment for development. This is very successful. Giants such as Microsoft, Samsung, Volkswagen, Norwegian bank DNB ASA, institutional investor RobertBosh VentureCapital, as well as Land Rover and Jaguar have invested in the technology.

Considering the originality of the technology, and the connection to a very promising industry, as well as contracts with large brands, a positive future awaits for the IOTA cryptocurrency.

Taking into account the current trends in the global technology market, it is easy to predict which industries and technologies will accelerate the development of IoT technology, which in turn will instantly affect the growth of the price of the MIOTA cryptocurrency.

The development of each of these technologies separately is already contributing to the development of the Internet of Things. At the moment, each area is becoming more and more important in our life. Many things have already been implemented, so a good future for IOTA is guaranteed.

What do experts think about the future of MIOTA?

According to predictions of DigitalCoinPrice, MIOTA cryptocurrency is a sound and profitable investment. During 2020 the price may rise up to $0,82. The coin has good chances of reaching the price of $1,34 by the year 2025. The increase will be more than 63%.

LongForecast Price predicts that in 2020 the price will dip to $0.13 per MIOTA coin. Experts suggest that by the year 2023 MIOTA price will surpass the $0.29 mark. The increase will be more than 123%.

The research company Fundstrat in its’ report stated that IOTA coin has great potential. In the next 10 years the cryptocurrency has strong chances of success. Rapid growth will occur when IOTA technology becomes a payments standard.

According to TradingBeasts, the exchange rate should rise slowly and steadily thereafter. The IOTA rate is expected to reach around $0.50 in 2021 and around $0.62 in 2022. Therefore, the rate of return in the next two years will be about 280%.

Last year, as part of a market research, investors had to predict the IOTA rate in 2025. 694 people took part in the survey, and the majority of respondents chose the safest option, stating that the price would exceed $1.

IOTA (MIOTA) price predictions are almost 100% positive over the long term. Analysts largely envisage the use of new technologies for breakthroughs in the development of IoT. Taking into account all the scope of the technology, we expect this in the very near future.

On our platform you may exchange MIOTA as well as other 200 coins for free, anonymously, and without any restrictions.