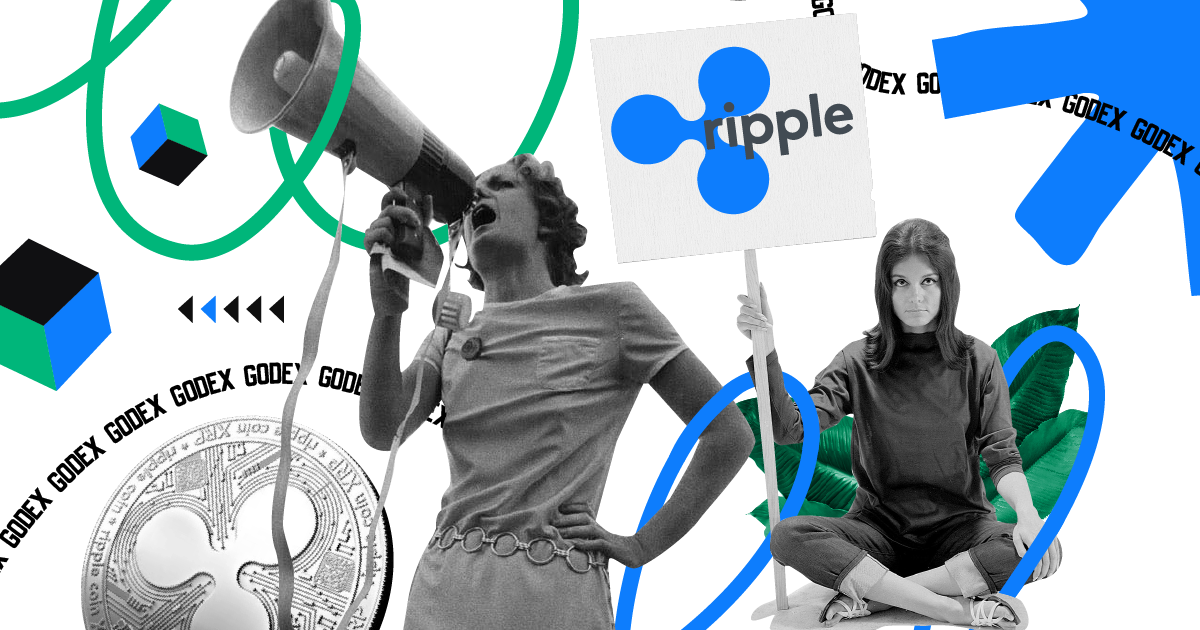 Ripple (XRP) price has been widely discussed by the cryptocurrency community since it has gained public interest in 2017, even though it was founded by Chris Larsen‎ and Jed McCaleb years before. The platform offers innovative blockchain solutions for the banking sector and has the potential to disrupt the whole finance industry.

In recent years, the Ripple price has been through thick and thin. In 2017, its value increased by 1400% in one month from $0.28 to $3.79. In 2018, XRP severe crash became a huge shock for investors and traders. Thus, the cryptocurrency community closely monitors the XRP price prediction for the upcoming years in order to build an effective investment strategy and ultimately make profit.

Even though many people claim that blockchain was primarily introduced for enhancing decentralization and immutability, Ripple Labs offered an alternative vision of the blockchain technology. The project primarily focuses on applications developed for the financial sector. Ripple is often criticized for being a centralized altcoin. At the same time, centralized cryptocurrencies have great potential to change traditional ways of transferring the future of money.

Similar to VISA, Ripple can also conduct up to 2000 transactions per second due to its unlimited scalability feature. At the same time, the Ripple blockchain does not get congested and offers extremely low issue fees for its customers. Currently, the XRP transaction fee remains below the US cent and tends to grow insignificantly when the network traffic increases.

Security as the key priority

Ripple uses open-source code to record transactions on its public ledger, which is supported with the help of “credible validators” and a team of professional software engineers. This architecture makes the Ripple ledger more flexible and resistant to potential risks and attacks.

XRP token is not the only product developed by the Ripple lab. In the recent years, project has also introduced xVia, xRapid and xCurrent to the market. xVia allows transaction originators to access the RippleNet with the help of a standardized API that allows users to effectively contact their partners. xCurrent enables financial institutions to settle and communicate their transactions with a greater speed, credibility and transparency with RippleNet users. xRapid is an innovative approach for banks that utilize XRP as a currency that helps to transfer in different currencies.

With the 2020 economic crisis, Bitcoin has failed to maintain its status-quo and decreased by almost 40% in just 24 hours. The other cryptocurrencies have dropped in an even more severe way, losing half of their value in overnight. Since COVID19 is a destructive event that no one could predict, no algorithm can claim to accurately forecast short-term Ripple price dynamics.

In such volatile circumstances, it might be a good idea for traders to hope for the best, but prepare for the worst. The majority of cryptocurrencies will most probably fall below the 2018 prices and reach the unprecedented lows. But as soon as hard times pass, investors hope for a bull run that will give the cryptocurrency market a second wind.

XRP price prediction in 2020 is rather discreet: in the best case scenario, the coin will stay at $0.30 level, while in the worst-case scenario, it will bounce down to $0.10.

By the next year, it will become more clear on what future holds for cryptocurrencies. As we all know, Bitcoin is the key game-changer in the cryptocurrency industry. If it manages to join finance markets, the best altcoins will also get a second chance.

In one of the interviews, a well-known crypto influencer Andreas Antonopoulos claimed that Ripple price might very well reach $5 by the end of 2025. However, this cryptocurrency needs to reshape its current form and shape in order to keep penetrating the traditional banking industry.

As reported by a number of recognized analysts, the cryptocurrency market will increase to $3 trillion in the next couple of years, which is 10 times more than as it is now. If the market  share of particular altcoins will stay on the current level – Ripple price will also remain on $3 level. Ripple price will hit $10 if the market will grow to $10 trillion, which is near to impossible in the future.

Both private investors and financial organizations admit that it is very easy to buy XRP coin, which can be purchased through the majority of crypto exchanges. Thus, it is more important to focus on choosing the most reliable cryptocurrency exchange which would enable users to buy or sell XRP in a fast and secure manner. Godex.io is a cryptocurrency exchange which prioritizes safety, privacy and efficiency of crypto trading. Godex.io does not require personal data, accounts verifications or lengthly registrations in order to start trading XRP. With powerful security protocol and protection from DDoS attacks, this crypto exchange allows to exchange the coin for the best possible price.

Unlike a variety of new altcoins overwhelming the cryptocurrency industry, Ripple is not a newbie. The project has been present on the market for years and has an excellent reputation and expertise. Thus, regardless of the current global economic situation, XRP price prediction remains stable over the foreseeable period.