Home / Crypto Currencies / Initial Coin Offering: what is it?

Initial Coin Offering: what is it? 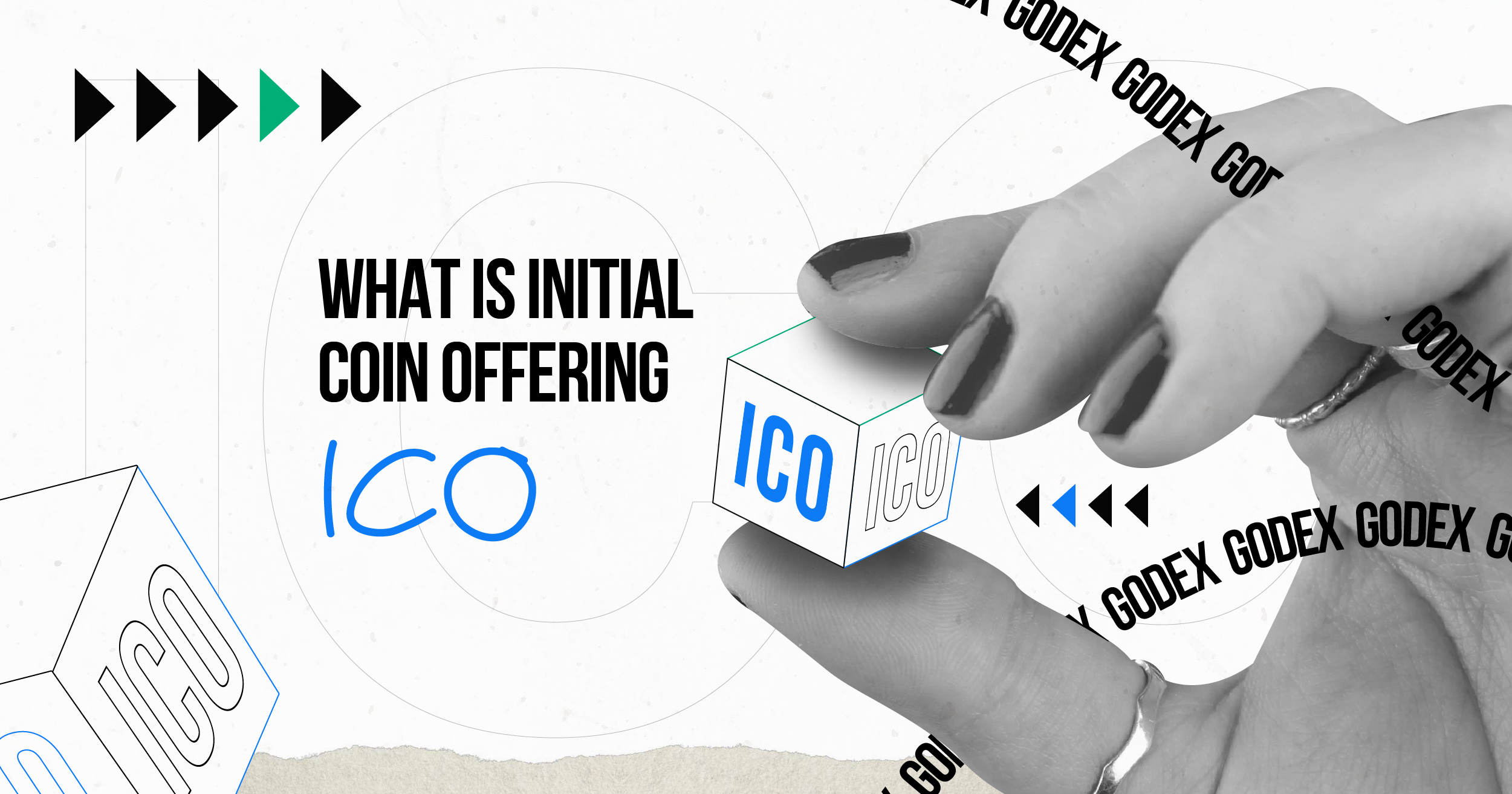 Do you remember movies about eighteenth-century balls? Mamas were taking their daughters out in those tight corsets to spot decent marriageable young men to marry them? The very next day mamas were expecting a guy to show off at the doorway and declare his intentions. Of course, moms had previously reflected on who’d be a great match for their charming daughters.

Well, ICO works the same way: it’s like a ball, where a company explains what the coins are going to be. Investors are like potential grooms. After considering whether it’s going to be a good match for their portfolio, they decide to put in funds.

Obviously, this kind of offering is way more complicated. So, let’s figure out what it is in detail.

How is ICO working?

What is an ICO? The ICO meaning comes down to an event that the business holds to raise money to produce a new coin, software, or service. It’s kind of a way to get funds for that. If you’re familiar with the stock market, you can compare ICO with IPO (Initial public offering).

Investors participate in the offer and acquire a novel crypto token once the organization rolls it out on the market. Its owner can use the company’s product or service and exploit the token as a utility coin used within the unit functionality or service, or simply possess a stake in the organization or its business.

Now, how does it all work? When about to get money via this event, digital assets startups introduce a whitepaper that tells what the venture is about. This guide reports on the following:

As the campaign is unfolding, all the involved are able to purchase the initiative’s tokens with digital assets or fiat money. It works by the same principle as the stock market does: investors become the shares’ owners during an IPO.

The company when about to generate the token sets a funds standard required. If during an ICO, the team does not manage to collect a critical amount of finance, an ICO is considered a flop. In this case, backers get their inputs back. If the capital is collected in time and it is enough for the venture’s goals, the offering is deemed successful.

Traditionally, ICOs are divided into two main events – private or public ones. The first type is traditionally limited to a certain group of investors, and the company orchestrates who will be backing and how much. When it’s about a public initial coin offering, everyone is allowed to purchase coins on a crypto exchange platform.

However, you will find other types on the market. These are:

By the way, not all coins have a crypto ICO. They are supposed to be mined from the very beginning. A good example of such is Litecoin.

ICO is an attractive and yet chancy investment endeavor. If you are not sure you can bear the risk, consider other options. For example, you can zoom in on individual coins and anticipate until they become a common use and gain popularity. The thing is some projects fail, and others succeed. It is complicated enough to estimate which one will shoot, so it’s recommended to wait and see what comes next after the coin’s release before any investments.

Also, for newbies in this industry, it is better to start with well-known coins, such as BTC and ETH. At present, mutual funds and many crypto ETFs are just accessible like never before, they might be a gateway into the crypto industry with no need to invest in an ICO.

What is an ICO against an IPO? How to discern?

To scale up development, companies need to collect extra funds. There are two options for that – beginning with little investing and ‘cranking up’ as far as their corporate resources allow, or raising funds from outside investors. The latter ensure a needed influx of funds and get a piece of a pie, in their turn. Simply put, they receive a part of the ownership stake. One more way is going public and getting financial support from private backers by offering shares at an IPO.

An ICO looks like a crowdfunding event where any “believer in the idea” can finance a new venture. But unlike crowdfunding where raised money is donations mostly, supporters of ICOs expect to get great returns from their investments. Because of that, ICOs are more regarded as “crowdsales”.

However, there are two main aspects that distinguish the two – regulation and structure. ICOs are not controlled or managed by state institutions like the Securities and Exchange Commission. Another difference is that an ICOs is decentralized and thus comes with a freer structure as an IPO does.

As for the structure, an initial coin offering might be organized in many ways. In one case scenario, there’s a certain restriction to funding, and every token sold at the event comes with a pre-price. Also, the general token supply is well defined and stable here. In another case scenario, the supply is fixed but an investment goal is flexible. In this situation, the allocation of digital assets to backers will depend on the inputs received.

Finally, there’s another option with a flexible supply that depends on the amount of inputs collected. The worth is stable here and there’s no restriction to the number of total coins.

ICOs are becoming mainstream and the sums collected are impressive due to powerful projects. When assessing them, two aspects are factored in – the funds collected and the earnings from inputs.

You can stumble upon the projects that collected few funds but delivered great returns. Thus, in 2014 Ethereum got around $18M over 42 days. The venture was a game-changer amongst ICOs, especially due to its breakthrough development – dApps (decentralized apps). From the very beginning, ETH cost 0.67 bucks and in September 2020, for example, the coin’s value was 348.99 bucks.

In 2015-2016, Antshares had its two-stage ICO. Over this period of time, it received $4.5M. It wasn’t the most leading ICO at a time but it delivered colossal revenue for lots of supporters. The firm was later renamed as NEO. At an ICO, the worth was up to $0.03 and when it hit its all-time high, the worth was $187.40.

The latest ICOs have brought considerably big amounts in relation to the overall funds collected. Dragon Coin, for example, gathered $320M over a one-month ICO. The firm behind the EOS platform outshined Dragon Coin’s results and got an impressive $4B over a one-year ICO.

Pros and cons of the event

IPOs allow investors to possess the pieces of the company’s pie in relation to their funds invested. In ICOs, shares do not exist. Here, the companies drawing investments at ICOs offer a blockchain, an analog to a stock – a cryptocurrency token. The most common scenario is when backers or supporters pay with well-known coins like BTC or ETH and get in return a proportional quantity of novel tokens.

To be honest, it’s super easy to arrange an ICO to create coins. Some web services allow shaping new coins just in seconds. Thus, backers should remember that compared to shares, tokens do not suggest any legal warranties or have no intrinsic value. The team behind the ICO releases the digital assets according to its guidelines, gets them, and later shares them out to backers as stated by the plan.

Investors when first putting in money expect that the asset’s worth will go up from the initial one at an ICO and bring about great returns. This is the principal advantage of an initial coin offering. By the way, many supporters have become millionaires, though.

If you do a little research, you’ll find out that in 2017 the overall amount of money collected at ICOs was about $5.6B. Amongst the projects, ten ventures got 25% of the overall sum. What’s more, coins bought at the event gave back an average of 13 times on the opening input (in USD).

Lots of ICOs brought about great returns during the last decade, which gives beginners some hope that they have all the chances to succeed. Herewith, there are some pitfalls and challenges since ICOs are not controlled by state institutions. This means you can stumble upon fraud and scam participants who are hunting for badly informed investors. As it’s not controlled, nor managed by the government, money lost because of fraud or the lack of expertise might be never compensated.

Back in 2017, the buzz around ICOs drew the attention of state institutions in China. As a result, the People Bank of China forbade such events and any relevant services. The ban actually fined completed deals. In 2018, such giants as Google, Twitter, and Facebook removed any ICO advertising.

How to receive ICO?

If you’re willing to jump into the game, survey different upcoming ICOs. Decide what currency you’d like to purchase and when the needed ICO is going to take place. The very next step is to find a secure crypto wallet to keep it safe or set up an account on the exchange platform to trade it. So, here are a few steps to purchase a token during the event:

In most cases, ICOs’ prerequisites suggest exchange accounts. If you’re not tech-savvy, you’ll experience some trouble setting up an account and a wallet. Thus, investigate a bit and make sure your wallet is secure enough. So should be the exchange you picked for trading.

Do I need an Initial coin offering?

If you’re that kind of a trader who buys and sells day and night, then this industry might be a good activity for you. You might like following trends and keeping tabs on the volatility of the crypto market. If you’re not ready to lose a lot, keep your crypto holdings to a minimum.

High-profile experts at JPMorgan Chase advise keeping up to 1% of holdings in BTC when diversifying a portfolio. But they did not say a word about an ICO, which might mean you can give it a shot.

If you’re about to purchase a small quantity of coins (ones from a recent ICO, for example) and then keep it for a while, it actually might work. But do not go the extra mile in a way to lose money and always keep your portfolio diversified to smooth the risk coming from an ICO.

ICOs promise big returns as there are always potentially great projects behind them. But in the meantime, the risks of losing funds are high. Most events are not supervised, but some are controlled by the SEC.

Again, unlike an IPO, a crypto ICO does not provide any legal liabilities, which puts you in danger of not having investments recovered. But if you pick the right asset, you might become a millionaire. However, good advice here will be to start small and invest wisely and no more than you are able to lose.