Where and How to Buy LISK Cryptocurrency at Cheapest Price 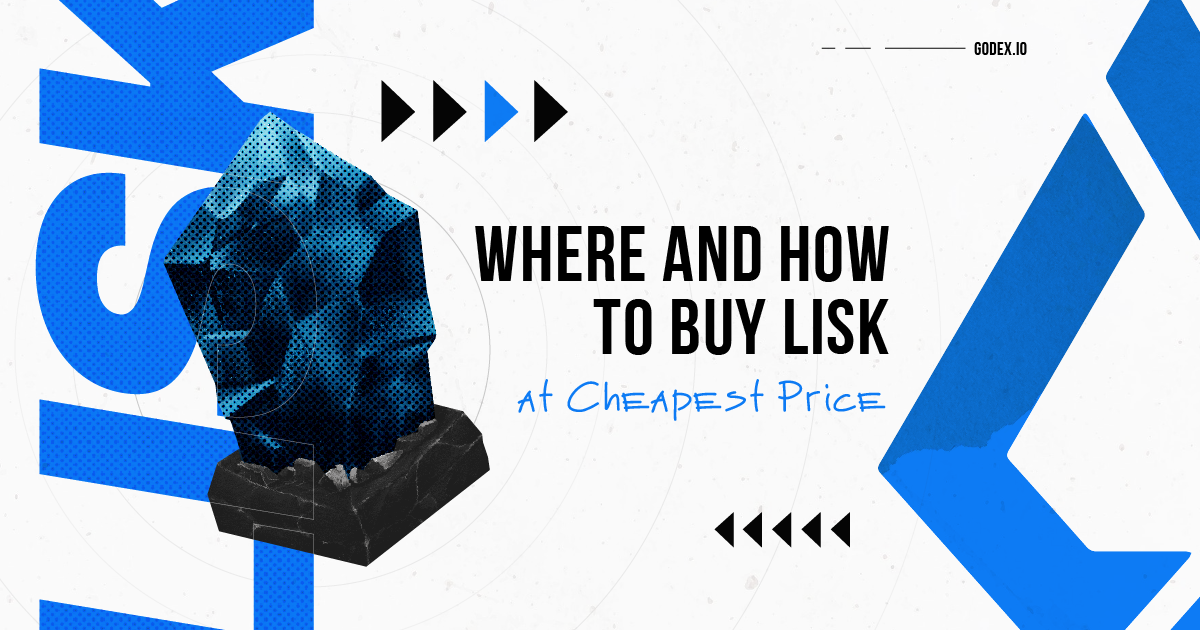 Today there are more than a thousand cryptocurrency projects in the world. And even if we exclude HYIPs, outright pyramids and pump projects from this list, about 500 interesting startups will remain. They can be conditionally divided into three groups such as projects with unique ideas, followers of the BTC and ETH. Lisk (LSK) cryptocurrency belongs to the third group and it is considered a promising coin due to its special approach to the problem of decentralized applications. Last year she showed good growth and many expect the same from her this season.

What is LISK Cryptocurrency and what is the difference from other crypto coins?

The main function of the resource is to create a platform for decentralized applications. Lisk advantage lies in the unlimited scalability. Initially, the Lisk founders had a plan to create a cryptocurrency that would be convenient for third-party developers. The network was developed taking into account the interests of the maximum number of users. To create smart contracts in everyday life, Lisk has adopted the open-source JavaScript programming language.

The Lisk platform consists of the Mainchain and Sidechain. Sidechain is used by developers building their applications in Lisk. It is noteworthy that in the side resources, you can create your own kind of crypto coins (tokens). Sidechain makes it possible to distribute tokens between the main and secondary blockchains. Transactions are divided evenly across nodes, which allows avoiding resource overload. The platform automatically launches the side modules.

The development of this project is being carried out by the Lisk Foundation, registered in Switzerland in 2016, headquartered in Berlin. Developers have the ability to create, publish, and promote resource-based applications. Applications can be different (games, social networks, personal identifiers), and you can make a profit from them. Users are provided with the following rich tools:

Lisk is often compared to Ethereum because Lisk was created as a fork of Сrypti and it was, at the time of its creation, one of the first platforms for building decentralized applications and deploying smart contracts, just like Ethereum. However, there are significant differences between these cryptocurrencies:

Lisk was created in 2016 by improving the code of the previously existing resource Сrypti. Lisk cryptocurrency developers are the former co-founders of Ethereum Max Kordek and Oliver Beddows. To create the Lisk platform they entered into an agreement with Microsoft Azure, which goal was to provide users with the tools for developing and storing their own IT applications. Before launching the project, the founders raised 6.5 million through crowdfunding and ICO. As a result, the system generated 100 million tokens (LSK). The distribution of coins was carried out as follows:

The developers do not plan to use Lisk to buy or sell assets. The project has other tasks such as to:

How was the LISK price changing? Is it safe to invest in it?

After the launch in May 2016, the rate of the Lisk USD was $0.6. During the same month, the value of the coins increased significantly up to $4. However, in August 2016 Lisk rate dropped to $0.3. According to analysts, the cryptocurrency fell due to a weak advertising campaign. The information was posted only on the official developers portal. News of the success of Ethereum interrupted the interest in the project from the crypto community.

The price of $0.3 lasted until the end of 2016. The growth in trading was outlined in 2017, when the Lisk value jumped to $3. The positive dynamics of the exchange rate was again associated with Ethereum. Then the experts found a number of flaws in the functioning of the platform. Due to the problems of a competing project, the Lisk cost in November 2017 increased to $8, and the market capitalization was $1 billion.

At the end of 2017, the cryptocurrency was bought for $27. Then the coin has risen in price by 300% in just 20 days. Such interest in the project was caused by the general boom in the market and the news of cooperation with Microsoft.

During the January 2018 cryptocurrency rush, the LSK token skyrocketed to all-time high $34, and some users don’t believe the success could be repeated as in June 2018, Lisk was traded at an average of $6.28.

The cost of LSK is predicted to rise. According to PricePrediction experts and business analysts, Lisk could reach its highest price of $89.35 by 2030.

The cryptocurrency is favored by the fact that its trading turnover is evenly distributed among all leading exchanges (Bittrex, Poloniex, Binance, YoBit, etc.). This is evidence that the startup is interesting to investors from anywhere in the world, regardless of the fact that South Korea is the leader in crypto turnover. It is preferable to store the coin in wallets that are better protected from hacking than exchange accounts. The best wallet is the one downloaded from the official site, but it is a mono-currency one. You can try to earn cryptocurrency using faucets, but the profit will be small, and the risks of refusing payments are large.

Lisk mining is not possible in the classical sense. All network users delegate their authority to 101 “delegates” who are elected by voting. For the fact that users vote, they receive tokens, distributed by delegates, depending on the share of the cryptocurrency. This is partly like paying interest on a bank deposit.

Lisk provides its users with an extremely promising platform for creating decentralized applications, as they say, without unnecessary problems. This is a key link in generating a genuine investor’s interest in cryptocurrency.

However, do not forget about the following:

Lisk cryptocurrency can really be considered as a pretty promising option for investing your funds. By investing your finances in Lisk at the moment, you have the opportunity to get a profit of 1000% in the long term. The main growth of Lisk will begin after the resumption of the growth trend of all cryptocurrencies. This is when you can sell your coins and make a decent amount of money.

However, you should not invest more than 5-10% of your investment portfolio in Lisk, since it is not a fact that this Blockchain project will be able to withstand the fierce competition of the market (especially from Ethereum) and not go bankrupt.

What should I consider before buying LSK?

There are many similar projects out there offering their smart contract platforms. Lisk cryptocurrency has very important advantages, thanks to some of which it surpasses many other projects in terms of manufacturability and number of applications:

The disadvantages of the project include the presence of rival platforms significantly reducing the number of users, but contributing to the competitive development of the project.

Where to buy Lisk coin? Among the best marketplaces that support LSK are the following:

In fact, everyone in the crypto world knows about Binance and has used this exchange at least a little. By the way, Binance is one of the few exchanges that did not tweak trading volumes based on the aforementioned report. By right, this exchange is considered one of the most reliable, although it has been operating not for so long ago. The commission on Binance is minimal and you can withdraw two BTC per day without identity verification. Mobile application is available for Android and iOS.

The HitBTC exchange has been operating in the crypto industry market for 6 years. It is famous for well-thought-out functionality, a wide selection of trading instruments and exchange pairs. Identity verification is required only for traders working with fiat currencies.

The main advantages of this exchange are the following:

Poloniex cryptocurrency exchange is located in Boston (the USA) and is distinguished by strict security rules and the availability of margin trading. You can take out a loan for trading or lend a cryptocurrency at interest to other users. The platform has a good selection of exchange pairs and a mobile application.

The Bitrix platform stores most of the digital assets in cold wallets. Clients are provided with:

Godex helps quickly and anonymously buy and sell digital funds in different directions in an automatic mode. Godex provides immediate unlimited conversions between many pairs of cryptocurrencies, guaranteeing transactions at the best price thanks to its state-of-the-art system, the policy of fixed rates, prompt technical support, modern and user-friendly interface. The service has already gained a certain authority among users. There are always enough funds on the resource for the prompt execution of exchange operations. A flexible system of bonuses and discounts is provided for regular visitors. The backbone of Godex business includes fast, transparent and low-cost transactions.

Many people may think of Lisk as a small seed compared to larger Blockchains such as Ethereum and NEO, but it has proven that it can be on its own by building a strong community, solid partnerships and excellent development. Instead of taking a strong position in the competition with other Blockchain projects, Lisk is happy to get along with everyone, and this strategy has helped keep LSK coin prices up.

Although Lisk remains a smaller Blockchain than Ethereum, it was developed by several ETH developers, and it works similarly to ETH. However, it has one strength that Ethereum does not have, which is its partnership with Microsoft. This partnership and support for Azure Cloud, JavaScript and side chains makes Lisk an ideal choice for enterprise development, and it can be a very powerful combination.

In the coming years, almost certainly hundreds, if not thousands, of projects will fall, but Lisk seems to be moving in the right direction and it is likely to remain in power as long as it continues on its current path.