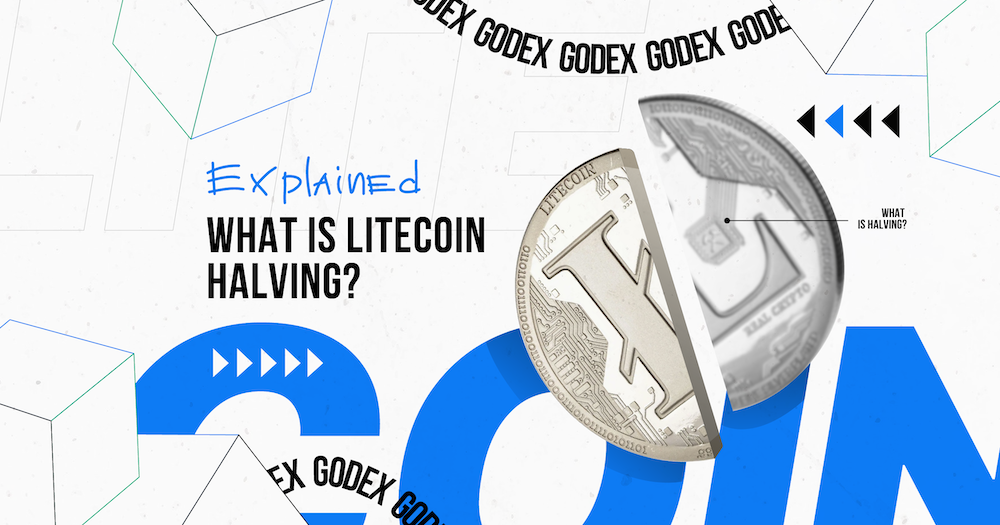 Cryptocurrency mining is a very profitable process that allows you to earn tokens thanks to the power of the miner’s equipment. Especially at the initial stage of the development of a new cryptocurrency, when miners receive the maximum reward for the extracted block. However, over time, when the currency strengthens and the number of tokens in circulation becomes more and more, there is a risk of a collapse in its value. The laws of the market work in such a way that if supply exceeds demand, then the product (in this case, the cryptocurrency) is devalued. Therefore, most large cryptocurrencies initially have a code that restricts the production of coins. The developers have set limit periods that hold the bar for the number of coins received for the mined block. This mechanism works in the two largest cryptocurrencies – BTC and LTC. This also combines “digital gold” and “digital silver”.

To understand more precisely how the halving of Litecoins works and when we expect a reduction in the Litecoin block reward, study our article in detail.

What is Litecoin halving?

To begin with, let’s look at how the cryptocurrency economy is built. You probably already know that Litecoin is considered one of the main alternatives to Bitcoin. They are similar not only in technology but also in their emission restriction policy. What does it mean? Initially, the technology assumes that there is a finite number of coins that will be produced for all time. There are also periods when there is a reduction in remuneration for each solved block. The periods and the level of reduction are strictly defined. And this cannot be changed without a unanimous decision of all LTC holders, which is almost impossible since it is difficult to imagine that millions of currency owners will make one decision. Moreover, limiting the number of coins, according to the laws of the market, increases the probability of price growth. Economists also believe that in the future, LTC can thereby regulate inflation and become a kind of security for other cryptocurrencies, such as Bitcoin is now.

The total number of LTC, which is embedded in the technology initially, is 84 million. It is not possible to issue LTC more than this amount. When they are all released, mining will be impossible. However, as analysts predict, it is at this moment that a very serious increase in the price of LTC can occur. Unfortunately, this will only happen in 2142 if the process is not delayed.

The network itself controls the issue of coins. Since the development of Litecoin to this day, several rules for achieving consensus have remained unchanged:

The purpose behind Litecoin halving

Cryptocurrency needs holding to lower the inflation rate. The previously known date of the remuneration reduction makes the monetary policy of the project understandable and predictable.

Without a reduction in rewards, coins could lose their value. Holding allows you to regulate this process. Limiting the issue of coins, as well as reducing the reward for the extracted block, ensures that the balance of supply and demand is maintained.

Of course, this is not the most pleasant procedure for miners, because the income from the process is reduced by 2 times, if you count by the number of coins. But soon after carving, as a rule, an increase in the price of the currency itself follows, which stabilizes the total income.

The impact of LTC halving on Miners and Traders

In the community, the next halving of the coin issue is usually eagerly awaited (by everyone except miners), since over time it should cause an increase in the exchange rate due to a drop in supply. Of course, no one can guarantee a twofold increase in the exchange rate just because of a slowdown in emissions – for this it is necessary, at least, to maintain demand at the same level.

Even for popular coins, which include LTC, this rule works conditionally and with a delay, since the rate depends more on the general state of the market than on the rate of issue. But in a bull market, after the reward is halved, the coin can grow faster, and in a bear market, it can fall slower than the rest.

On the other hand, a drop in the block reward reduces the profit of miners and may even make their work unprofitable if the rate does not rise. Therefore, some miners may go to other coins, which will temporarily reduce the security of the network. But more loyal miners will increase their share of hashrate in the network for a while.

Litecoin halving history is not that long. LTC halving has already occurred 2 times. The next one is expected in 2023. Current Litecoin block reward is 12.5 LTC.

You can track the LTC halving countdown on this site to clearly see how much is left until the moment of reduction.

The holding significantly affects the price of the cryptocurrency. Usually, the mining of coins increases before the holding, as the manners try to get as much profit as possible until the moment when the reward is halved.

This often leads to the fact that the value of the token drops. This was the case with BTC when its price sank to the bottom before the holding. In the last LTC halving, the story unfolded in a slightly different way. The price has been growing since the beginning of 2019 and did not fall before the remuneration reduction process, and the production volume decreased slightly. However, after halving, the price temporarily began to decline, which was rather due to the general trend of the market.

When is Litecoin halving and whether this trend will continue in the next halving period – let’s figure it out.

When is the next Litecoin halving?

The next LTC halving is waiting for us in a little more than 600 days. This will happen in August 2023. This will reduce the reward by 2 times: that is, up to 6.5 LTC per block.

To date, approximately 7,200 LTC and 576 blocks are generated per day. The popularity of Litecoin mining is very high at the moment. In particular, this is due to the increase in the price of the token and the overall growth of the market. But it’s worth considering what analysts expect after the next halving.

Analysts are very optimistic about the price of LTC in the coming years. The main task of the coin in the last year was to get out of the downward trend. And the token got it. Now the price is fixed above $200 per LTC, and it continues to grow.

Many analysts assume that in 3 years the cost of LTC will grow by 650% and the price will reach a level above $ 800. As more and more PayPal users, who have allowed cryptocurrencies into their system, get acquainted with LTC, its price will increase by 1332% compared to the current situation and will force the coin to double in price and reach above $ 1500. In 2025, the price of Litecoin will double again and rise to the psychological level of $ 3000 per coin.

Halving is a necessary process embedded in the code that performs an important function of controlling and ensuring the value of the coin by reducing the number of payments for block mining. Limiting the finite number of tokens greatly affects the value of the cryptocurrency, thereby stimulating the growth of interest, and hence the price.

LTC halving takes place approximately once every 4 years. We expect the next round in August 2023, and with it an increase in the price for the token.

If you are thinking about mining Litecoin, we recommend that you do not postpone this moment. Analysts are confident in the profitability of mining “digital silver”, as LTC is called by analogy with BTC, which is called “digital gold”. Current block reward for Litecoin – 12,5 LTC. The current block reward for Litecoin is 12.5 LTC, and the cost for 1 LTC is more than $ 266.