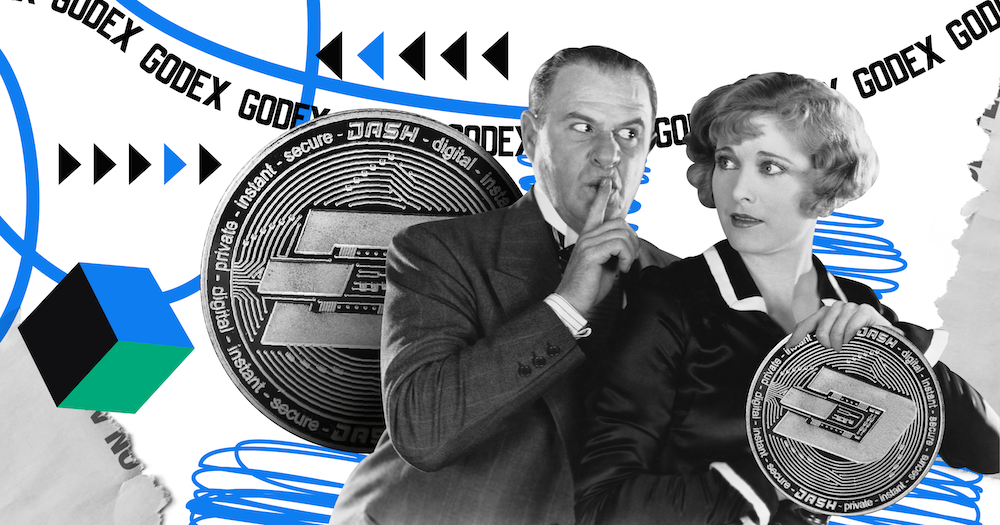 Dash is an open-source cryptocurrency, launched in 2014, that offers user-friendly solutions (“open-source” means that technology and software are built, tested, and improved in close cooperation with users). Dash was originally just a security-focused Bitcoin fork. It was called DarkCoin and later renamed many times. Dash, like Bitcoin, allows making online purchases and working with blockchain which publicly disclose every transaction. Dash has managed to improve the original Bitcoin idea in several ways, including speed, cost, and control.

Speed: Dash’s transaction speed is incomparable to Bitcoin. While Bitcoin transactions can take up to 10 minutes or more to be confirmed, Dash allows completing a similar transaction in just 4 seconds. The difference in speed is certainly striking.

Cost: When it comes to cost, Dash manages to outperform Bitcoin by a wide margin. Bitcoin transaction fees may appear up to $ 6 when the trading activity is very intense. Dash has managed to significantly reduce these fees to less than half a US dollar1, although these fees are going to rise when more transactions occur.

Management: Bitcoin has faced several “hard forks” when two different solutions were implemented. Bitcoin Cash is an example of another coin that has split off from Bitcoin. Dash manages this process through a voting system, which allows making rapid implementation of changes.

As an easy-to-access token, Dash has almost unlimited opportunities to enlarge its user base.

The system has very interesting and useful features that are not found in other digital currencies in such a combination. The most significant properties are the following:

Decentralized management of PrivateSend and InstantSend and Dash is the main reason behind the positive development of Dash price predictions. DAO -based funding model is also a big advantage. This ensures that the team is committed to community satisfaction and commitment to the roadmap.

Dash has experienced volatile price movements since 2017, just like other cryptocurrencies. Dash cryptocurrency moved slowly from 2014 to 2016, but the price action began in early 2017.

While technical analysis of Dash prices shows a high probability of low performance in the future, Dash was one of the winners in 2019. Due to its focus on speed, cost, privacy and management, Dash seems to have found its solid crypto market.

Ryan Taylor, head of the Dash Core Group, admitted the possibility of introducing PoS elements into the consensus algorithm of the best privacy coin.

He stated that Dash price has been under pressure from miners for a long time who sell all mined coins to ensure profitability. At the same time, Masternodes keep a huge part of the coins out of the market, which negatively affects liquidity during sudden movements.

Taylor offered to reduce the emission of privacy coins in general and the bonus percentage which miners get for the mined block.

Taking into account the current COVID-19 pandemic outbreak and the notified fact that paper money carries threat of virus transmission Dash is one of the best solutions to conduct contactless payment transactions. This clearly shows us the biggest Dash advantage that people use it instead of banknotes. Dash helps prevent unwise governmental decisions, transfer funds across borders, and have them for everyday use. Its affordability is a big advantage in terms of price and future overall price predictions.

Dash team has strengthened partnerships with payment systems, small and large companies. While other cryptocurrencies are mainly concerned with network bandwidth and blockchain based functionality, Dash has established a fast and strong network which runs the product’s user experience page. These features can help tokens reach higher prices, and each token can cost around $ 1,500.

Considering all of the above-mentioned Dash seems to be very popular. In fact, it took about 2 and a half years for the cryptocurrency to gain credence. Rrebranding of DarkCoin and XCoin into Dash One became one of the main achievements. Regular users are more likely to use a coin with a neutral name which does not lead to dark thoughts about illegal transactions. On the other hand, the Dash developers have always tried to find a use for their coin in the real world. Thus, they made Dash compatible with devices such as Trezor wallet, which many Bitcoin users already have had at the time. Dash is supported by Lamassu Bitcoin machines and Dash N ’Drink soda machines.

Dash long-term outlook has many positive factors. Dash team has taken an excellent course of development establishing partnerships with payment systems, as well as with small and large businesses, which allows the project to develop its client base and increase the demand for its assets.

Dash is a next generation digital currency which can compete with the leaders of the cryptocurrency rankings, including Bitcoin itself. The developers of the system do not intend to suspend the development and improvement of the Dash system. Project capitalization is still stable, Dash price faces huge fluctuations, because of the “youth” of the system. Various flaws, errors and inaccuracies are now possible. These flaws will certainly be eliminated soon. Dash cryptocurrency still has an increase in investors who are attracted by high anonymity rates and the convenience of the system. Dash privacy coin potential indicates the imminent growth of its value, therefore, in the current period of recession, it is necessary to invest into the project.

These five years would bring a significant increase: Dash price would move from $128.30 to $357.

With Godex.io you can make a quick purchase of more than 210 cryptocurrencies without any restrictions of exchange volumes. Users may do it anonymously without registrations and therefore feel protected from any market fluctuations exchanging cryptocurrencies with a fixed rate. Godex.io keeps the reputation of a reliable exchange service among crypto traders and other players on the crypto market.