Godex Blog / Crypto Currencies / How to get GAS from NEO

How to get GAS from NEO 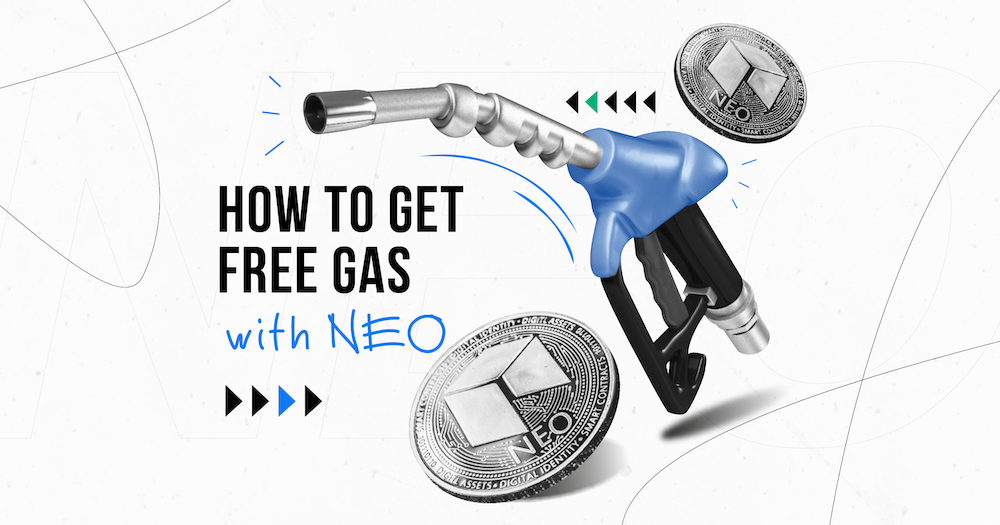 The possibility of passive income for many seems almost impossible, since this requires a lot of capital. However, this is not the case. Cryptocurrencies have turned the financial world upside down, including in the field of passive income. Many platforms make it possible to earn money without effort and with almost no investment. And in this article we will tell you about one of the ways – earning GAS from NEO coins.

In 2014, a new blockchain platform appeared on the market, which was created in China. Its name is NEO. This is a very well-known, popular platform because of its advantages – a stable decentralized network for smart contracts and development, which is easily scaled. GAS is an operational token of the platform that can bring you income. But first, let’s take a closer look at the project itself and its technologies.

NEO and GAS: What is it?

As we wrote above, NEO is a Chinese blockchain platform. It is often compared to Ethereum for several reasons. Both NEO and Ethereum are based on smart contracts and decentralized applications. However, NEO entered the market a year after its “competitor”, so it was temporarily fixed as a copy of the Ethereum network.

However, the platform overcame this opinion, showing the rapid development of technology and growth. At the time of release, the value of the NEO coin was below $1. To date, it has consolidated above the level of $56. And in 2018, its peak was $198.

NeoGas (GAS) is an operational token. It fuels smart contracts and tokens built on the NEO blockchain. The platform uses a separate token, so the presence of NEO is not directly related to the use of the service.

With each block (15-25 seconds), 8 GAS appears. These 8 coins are distributed among all NEO holders. Every two million blocks, the reward in GAS is reduced by 1. The maximum limit of tokens is 100 million, but NEO does not expect to reach this point for 22 years.

How does NEO work?

Its founder called the main task of NEO the creation of a new financial system that can combine the real and virtual economy. There are three main components of the project: a platform for smart contracts, cryptocurrency and digital identification. They are implemented in NEO technology. The developers noted that thanks to the system, it is possible to digitize and exchange various assets, such as real estate, cars, gold, and so on. To do this, it is necessary to link real assets with digital ones — using digital identification and conclude an appropriate smart contract.

How to buy NEO

The NEO token is quite common and is available on most well-known crypto exchanges for purchase and exchange. If you have other cryptocurrencies, you can easily exchange them for NEO using Godex.io. This is the most secure, anonymous method with a low exchange fee.

If you want to purchase a token using a credit card, you can purchase the BTC cryptocurrency on an exchange that allows you to do this. For example, Finance. Then you will be able to exchange coins for NEO.

How to produce GAS?

To receive GAS, it is enough just to own NERO coins. GAS is used to maintain the network – it helps to conduct transactions. GAS is distributed among all NEO holders every month. You can get it on the official NEO wallet or on some exchanges. The number of coins directly depends on the time of ownership of the altcoin.

You can get cryptocurrency if you keep NEO in your wallet. For storage, users receive so-called dividends in the form of GAS tokens. For 100 coins, the annual income will be approximately 10%. You can calculate the amount of profit on the website neotogas.com. The coin is used in the network in order to pay transaction fees.

Most prospective ways to claim GAS on NEO?

As we have already written, GAS is generated independently and distributed among users who store NEO coins. And there are 2 ways to do this:

The second option is more convenient, since it is much easier to create an account on the exchange, and it is free. However, this is not the safest method – it is much safer to store them in wallets. Which exchanges provide the opportunity to earn coins: Bitfinex, Bitrix, HitBTC, Cryptobia.

What can I do with my GAS?

Taking into account the fact that the NEO project is developing and has huge growth prospects, as well as an increase in the demand for technologies, it is very reasonable to save coins. Since in the future their price will grow, and therefore your capital. However, we always recommend that you closely monitor market news and changes in order to track trends and not lose large amounts when the exchange rate falls.

GAS will be produced for about another 18 years, which means that all this time, if you own NEO, you will receive free tokens. And the more coins you have, the more you will get.

If you do not want to store GAS, you can exchange them for any other cryptocurrency on Godex.io – an anonymous, secure exchange.

As we have already written, this is the fastest and easiest way. It is enough to create an account, for example, on Finance or Ku coin and add NEO coins to the wallet.And as long as you keep them in your account, you will earn GAS.

However, it is worth remembering that storing cryptocurrency on the exchange’s account is not the safest way. There is a lot of fraud in the crypto world, as everywhere else. And if someone gets access to your account on the exchange, they will be able to use your capital. Therefore, we will talk about a safer way to store NEO and earn GAS money.

One of the safest ways to get free GAS is a local NEON wallet. In this case, your coins are stored not on the exchange account, but on your personal computer and are protected by security keys. It is almost impossible to steal coins from such a wallet, unless the computer and your key get to the attackers. You can also lose access to funds if you lose the key and forget it, so pay special attention to this.

The wallet is absolutely free. Download it, install it on your computer, get NEO tokens to your wallet address. Immediately after this moment, you will start earning GAS money.

Hardware wallets are the most secure way to store any cryptocurrency, including NEO. Of course, everything is a little more complicated with it, since it needs to be purchased, installed software, but this way you will be 100% sure of the safety of the coins.

How to get gas money free with a Ledger Nano S wallet? It’s simple: after the full installation, transfer the NEO coins to a new account – and immediately after receipt, GAS production will begin.

How much GAS does NEO generate? When generating each new block, 8 NEO coins are created. They are all distributed among all NEO coins, of which there are 100,000,000. This is the maximum number that is in the network. It turns out that for one coin, each NEO holder receives approximately 0.00000008 GAS.

If you buy 1000 NEO coins, then for a year you will receive 128.8 GAS tokens to your account, which at the current exchange rate are equal to $1288.Just for the fact that you keep NEO in your wallet.

However, it is important to understand that the GAS rate also varies. A few years ago, at the peak, the value of the coin was above $50. Taking into account the demand for the technology, it can be assumed that the growth of the NEO and GAS exchange rates is quite likely.

We hope that we have answered you in detail, how to get GAS free.

In conclusion, we want to say that generating GAS coins for storing NEO coins is one of the easiest ways to earn money in the crypto world. Of course, the amount of profit is less than the possible income from trading on the stock exchange, but in these two methods, the risks of losses are completely different. If you do not want to constantly monitor the cryptocurrency market, conduct analytics and risk large amounts, storing NEO is a great option.

Where to buy NO GAS? As we have already written, you can get NEO coins using the exchange. Godex.io – one of the safest, fastest exchangers, which is 100% anonymous, since you don’t even need to register an account.

Where to store NEO coins? We recommend using local or hardware wallets. Some of the best we have described above are NEON wallet and Ledger Nano S. They are the most secure, and also support NEO storage.