Godex Blog / Crypto Currencies / Hard fork: what is it all about

Hard fork: what is it all about 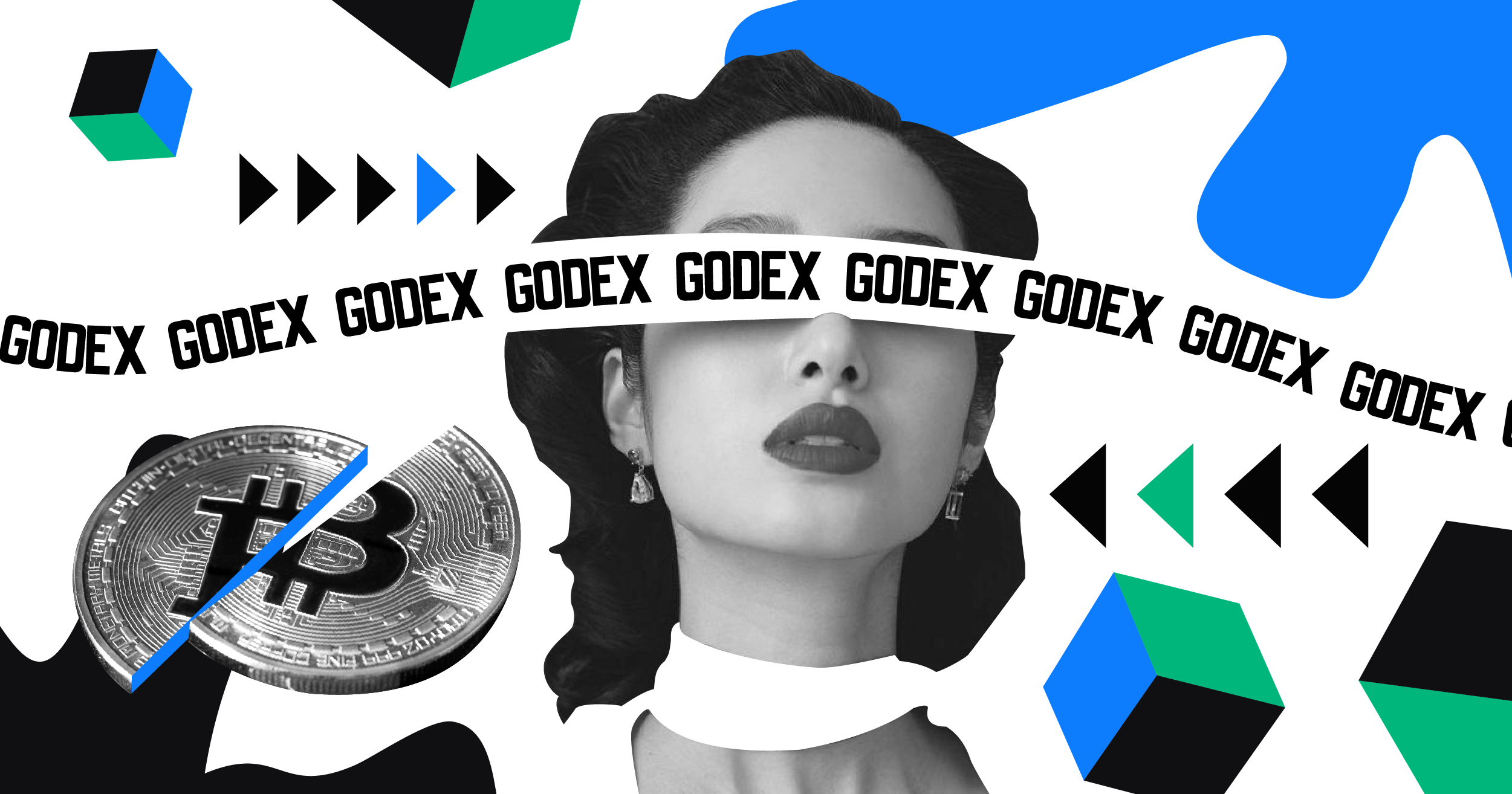 The fork on the cryptomarket is a split of blockchain network that sometimes results in the birth of new cryptocurrency. Hard fork and soft fork have to solve technical issues or introduce new features.

So, what a Hard Fork is?

First of all, we need to explain the “fork” word for those not closely related to the world of cryptocurrencies.

Each blockchain-based cryptocurrency uses a specific protocol, which defines the fundamental functionality – rules of mining, connection, and transaction processes. Each user of the cryptocurrency network must comply with the protocol to participate in these activities.

As you might suppose, any set of rules requires regular updates. No rule is perfect from the very beginning, and reality has a way of exposing the imperfections in a rather quick fashion. If it weren’t so, we would not face the regular OS updates or video game patches. There are many possible reasons for a protocol adjustment (and we shall talk more on that topic a bit later), but the moment of protocol update is always called a fork.

The fork can be soft and hard. Soft fork means that the protocol alteration possesses a certain degree of reverse compatibility, allowing users some looseness, and not constraining them to an immediate protocol update. If the user’s activity doesn’t contradict the updated set of protocol rules, he or she may continue working.

The hard fork is a complete and irreversible change of protocol principles. The hard fork usually creates a new split version of a network. This new network often includes all the previously made transactions (sharing the history of a previous version). Still, it has no connection to the old network whatsoever, and it doesn’t allow any interaction between two versions of the network. Any update introduced to the past or new version will be pertained exclusively and not shared with the other version. In terms of the crypto market, the hard fork usually leads to the creation of a new cryptocurrency, independent from its predecessor.

A brief history of BTC forks

As the world’s leading cryptocurrency, Bitcoin had its share of forks, both soft and hard, as well as both intended and unintended. Intended forks usually solve some of the most prominent arising problems, introduce new features, or fix the results of hacker attacks or code bugs.

Most well-known BTC soft forks are Bitcoin XT, Bitcoin Classic, Bitcoin Unlimited, and SegWit – the first three are a software client forks. All of them attempt to solve the infamous Bitcoin scaling problem, which currently troubles the BTC community.

Bitcoin Cash addresses the ever-growing amount of transactions per second. Some members of the Bitcoin Community felt that the block size limit of 1 Mb (inherent to the BTC Core) needed an increase, and the only logical way to do that would be with a hard fork. This discrepancy in the community resulted in a critical point in July 2017, when the so-called “Bitcoin Improvement Proposal 91” was implemented. A large part of the BTC community believed that those changes were a bit one-sided, favoring Bitcoin owners who wanted to treat the cryptocurrency as an investment asset but not as a currency for transactions. As a result, Bitcoin Cash appeared, which essentially is the Bitcoin with enlarged block size. The second Bitcoin Cash split followed in August 2018, creating the Bitcoin SV (short for Satoshi Vision) and increasing the block size even further to 128 Mb.

Bitcoin Gold, on the other hand, was created as a preventive measure, given that its primary stated purpose was to modify the so-called POW algorithm (Proof-of-work), and, therefore, eliminate the possibility of mining with ASIC (application-specific integrated circuits). It should be noted, BTC Gold has never actually any significant success. Besides, it suffered greatly after two hacker attacks in May 2018 and January 2020, losing approximately $18 mln from cryptocurrency exchanges and falling out of grace with Bittrex.

Why would you need a hard fork?

There are several main reasons to create a hard fork, and we will discuss them briefly.

The most notable example of such a hard fork is the aforementioned Bitcoin Cash (and Bitcoin SV subsequently), implemented to address the problem of the Bitcoin 1Mb block size limit. It did essentially create a whole new cryptocurrency with a block size of 8 Mb. This change allows the Bitcoin Cash network to process verifications much faster and with lower transaction fees. However, Bitcoin Cash security appears to be somewhat lower than in the case of original BTC. Moreover, its popularity in comparison to predecessor leaves a lot to be desired.

Of course, the blockchain is famous for its default impossibility to reverse transactions of any kind. However, in the case of some major-scale hacks or bug exploits, the hard fork can nullify the loss of substantial cryptocurrency volumes.

The biggest case of such a hard-fork transaction reverse was in 2016: the Decentralized Autonomous Organization (DAO) attempted to create a venture capital fund via creating a smart contract based on the Ethereum blockchain. The owners of Ether cryptocurrency were able to exchange it for tokens of DAO directly; however, the contract was hacked, which led to a massive drain of three and a half millions of Ether. At first, the community has opted to create a soft fork, to prevent the hacker from using the stolen crypto, but this measure came up ineffective, so a hard fork option was used a bit later. It helped the holders of DAO tokens to return their Ether funds.

Hard fork seems rather an extreme measure for upgrading, however, it was indeed used for this purpose several times, notably in the Byzantium forking, which took place in October 2017. It was a long-expected Ethereum upgrade beginning, which addressed the problem of scalability and provided possibilities for private transactions integration.

Hard fork or soft fork: when are they used

To put it simply, the main difference between hard and soft forks would be compatibility with previous versions of a blockchain protocol. While the result of a soft fork is a single network with new protocol elements, a hard fork always creates a new network, completely separating it from the rules and operations of its predecessor, and these two networks, new and old, proceed their existence separately.

It would help if you also do not confuse a soft fork and a software fork, which is modifying an existing project code to create a new protocol. The best example of a software fork would be Litecoin, based on BTC, but neither its soft nor hard fork.

Another significant difference between the hard fork and soft fork is the speed of change implementation. Soft forking does not demand an immediate upgrade from the network users, allowing them to proceed with their activities as long as they do not breach the new protocol guidelines. In this case, the predecessor chain would include blocks from both non-upgraded and upgraded nodes, while the fork-product chain would only include blocks from upgraded nodes. Correspondingly, the soft fork is more of a “time will tell” solution when it is possible to upgrade all nodes in the future if the changes turn out profitable. If the upgraded nodes didn’t reach the required amount, it means the soft fork’s failure and the return to “old ways” — protocol rules of the predecessor chain.

On the other hand, a hard fork would introduce new rules in a quick and bounding way, which is more suitable for a crisis-solving and swift response for any critical situations that might arise.

It is important to remember that no rule is written in gold in the world of cryptocurrencies. The appropriateness of most decisions made on hard and soft forks is yet to be seen and, as it often happens, can forever remain a matter for arguments.