How To Make Your Own Cryptocurrency 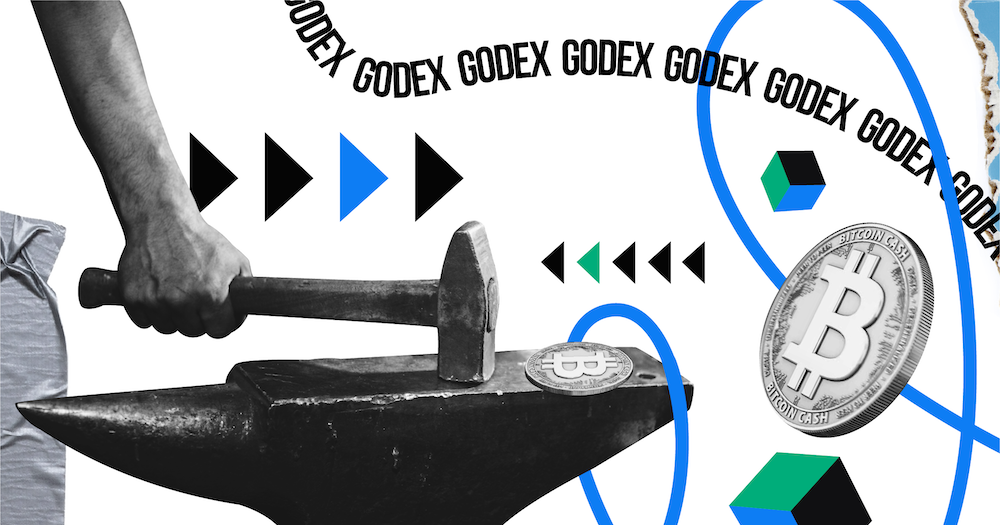 How to Get Started: Creating Your Own Cryptocurrency

Cryptocurrencies and blockchain have been successfully used in hundreds of projects, but the technology is still quite young and not widely used.

The creators of the world’s first cryptocurrency, who desired to put on the hideaway hat, hardly imagined that a few years after the launch of the project, Bitcoin would cost hundreds, and then thousands of times more than the original price.

Any digital currency that is created today has a chance to repeat the BTC success, all you just need is a professional approach, a budget and a bit of luck.

In this article, we invite you to join our discussion on how to create your own cryptocurrency, why and who needs it, and what prospects of the launch of new digital coins are opened up for their developers.

What is a Cryptocurrency?

Cryptocurrencies are a new type of digital financial assets, circulation of which is carried out by maintaining a register of transactions in blockchain networks. These monetary units have no physical analogue, they exist only in virtual space. You cannot touch it, hold it in your hands, but you can exchange it for quite ordinary money and perform other operations peculiar to various currencies: either to buy something with it and or sell it.

Put the word “cryptocurrency” in your conversation and you will undoubtedly hear a flurry of different opinions. Some will say that this is the biggest technological breakthrough since the launch of the Internet, others that it is a scam. But how many people are really capable of explaining what it is? This is a set of successive records that allow you to track all the operations taking place on the network, from the most recent transaction to the very first one. This information is not confidential, anyone can find it out. But at the same time, cryptocurrencies are much more anonymous than traditional money as it is almost impossible to determine the owner of the wallet conducting the transaction. In order to use cryptocurrencies, you do not have to share your name, passport details or other confidential information.

Advantages and Disadvantages of Cryptocurrencies

The advantages of cryptocurrencies, thanks to which this area has gained popularity are the following:

As they say there are two sides of the same coin so there are also the reasons why millions of people still do not trust cryptocurrency and consider it to be something fragile or even fraudulent because of:

How to Make Your Own Cryptocurrency: Example

Many of you will underline that attraction of investments, getting passive income, comfortable payment conditions are among the main goals when new digital currency creation is on the agenda.

How to make a cryptocurrency – Token

You must select a platform for each new token. Creating tokens based on one of the most popular platforms, i.e. Ethereum, includes three cycles:

Creating a token. The company describes the concept: how many tokens are needed, their value, which provides the token to the owner, which is, the basic rules of the coin. The Ethereum platform itself is needed to monitor the implementation of these “rules” – remember, similar to an automated notary?

Buying tokens is reminiscent of the process of ordering coffee in the machine. You deposit money, select the taste and take a  drink. The same with tokens – when depositing funds, the smart contract checks whether they are enough to purchase the token and whether you are entitled to it. If so, you will receive your token.

If you buy something, you can resell the thing, or just pass it on. For each type of token, the company also creates digital wallets from which you can send or receive tokens.

Of course, as well as supporting the operation of the coffee machine, the token processing operation is also not free. It all depends on which platform you use: Ethereum or Zilliqa. Usually, each transaction costs a share of the center. There’s even a whole Blockchain-as-a- Examples of platforms that provide this service are IBM, Stratis, Komodo and QTUM. The last three have their own tokens in circulation.

How to make a cryptocurrency – Coin

Cryptocurrency development is relevant if:

In order to make a new cryptocurrency, you’d better choose one of three ways:

How to make my own cryptocurrency from scratch? Sounds with a dose of skepticism for a crypto amateur. Then entrust this task to experienced specialists although it will not be cheap and sleep tight.

Making a fork is an easier option however it requires professional skills. Creating a simple “clone” of an existing coin will doubtfully bring the expected effect. The fork is to add new properties to cryptocurrency technology that improve the use of digital money. Without it then what is the reason to use your coin? The new cryptocurrency should give advantages to its holders.

Difference Between Token and Coin

Token and coin are two completely different concepts although the distinction between them until now has been blurred that novice users often remain confused.

The coin is tied to a public and open blockchain ledger. Users can do whatever they want with coins.

Tokens are digital assets created on the basis of an existing blockchain having their own value, but they differ from coins as they are not the same settlement systems, although they can be sold and converted as well. Tokens can be the equivalent of goods or act as a means of voting.

What is the difference between hard and soft forks?

The terms softfork and hardfork are often used in publications dedicated to virtual coins. Beginners who do not understand the features of the device of blockchain networks, often treat such news with bewilderment.  Computer programs need to be updated regularly in order to fix bugs that occur during operation and to improve performance. The cryptocurrency program code is no exception, large-scale updates in the digital coin industry are called forks, from the English fork. They are divided into two subspecies: soft fork and hard fork. A softer option is called a soft fork when the changes are made to the code by the decision of the majority of users and the updated cryptocurrency network continues to work further. With a hard fork, this will not work out as the coin is divided into 2 independent chains. The resulting new chain is incompatible with the previous version of the blockchain, so users must update the software after the hard fork. Transactions from the old version are not recorded on the blockchain of the new network. These chains can exist in parallel and independently of each other.

Benefits of having your own cryptocurrency

But your own cryptocurrencies can become an excellent internal means of payment to employees, reward to customers. Having company tokens in the possession can be the best way to retain customers. After all, cryptocurrency is better than a plastic card with a 10% discount.

Your own digital currency is an additional investment. This is more relevant for companies with big names as people know them and the message about the launch of the cryptocurrency can quite easily help the company attract huge investments.

Any brand can benefit from creating its own digital currency.

There is an illustrative example of Kodak, which was a half-dead, once legendary company which has been forgotten for a long time. It thundered on all Western and domestic news portals after announcing the launch of its own cryptocurrency. Kodak’s stock went uphill right away, and at its peak, its price was up 90%.

Can I create my own Cryptocurrency?

In total, the programmer pursues 3 goals when creating a cryptocurrency such as: trivial plans to get income from work; a keen, irresistible desire to understand the principles of work, programming techniques and system features from the inside; a programmer has a virtual server, more often of a game type, and has a desire to realize a stable and stable economy. This goal also largely converges with making a profit, since the demand, transportation and settling are the main essences of the currency.

Good knowledge of the computer, a sufficient level of perseverance and knowledge of the concept of work and action of Bitcoin is also very important. The main problem is introducing your coin, its value, and running the project and convincing others to buy it.

How much does it cost to create your own Cryptocurrency?

If no one will know about your cryptocurrency, then it’s worthless. Therefore, allocate a separate budget for promotion. On average, expect 2-4 thousand dollars. Conduct a campaign on social media in specialized forums. Consider an affiliate program so that community members are interested in attracting new users to your project.

If you don’t want to go all the way on your own, you can hire the specialized company. On average, creating a currency based on someone else’s code without making major changes will take about a month and will cost about 10-20 thousand dollars. You will get both the core of the currency and wallets compiled for different systems, a couple of primary nodes for the functioning of the deployed, a block explorer and a mining pool done.

Theoretically it is possible to create a cryptocurrency free of charge, but practically if you are not a programmer, it will be harder to make. The only free option is to make a fork by manually editing the source code.

For free, you can really test your ability to work with code and as a result get a little-functional, unknown token with a beautiful personal label.

How do you make a successful Cryptocurrency?

There is an opinion among many users that in order to earn money on their own currency, it is enough to release it on the market, and it will find its consumers. In order to learn how to make cryptocurrency successful, you need to study how the most popular electronic currency, Bitcoin, functions, and why it retains its leading position, despite its ban in some states. For promotion, you need to perform a number of actions such as: Development of a business plan and hire a team of professionals who are well versed in this area; Analysis of the future perspectives of a new coin. Estimation of all possible risks, since electronic currencies are extremely unstable.

What gives my Cryptocurrency value?

Like any other money, the value of digital coins is determined by the number of ways one can deal with it. Just as the value of a shovel is derived from its ability to dig, so the value of a currency is based on two factors: the ability to turnover and to save.

If we assess the liquidity of cryptocurrencies, we can determine their future, given the fluctuations in the value of fiat or gold.

For transactions, the cost and speed of transactions (transfers), anonymity, reversibility, risk in choosing a counterparty (contractual partner), and regulation features are important. Long-term currency stability is additionally required for savings.

In addition to the aggregate demand for currency, there is also a very important parameter, i.e. the number of transactions performed.

Therefore, increasing regulation can result in an increase in demand for cryptocurrencies, because those people will no longer be afraid of them. But, with good preparation, a thorough study of the crypto market the developer of the cryptocurrency can get significant dividends, just like investors.