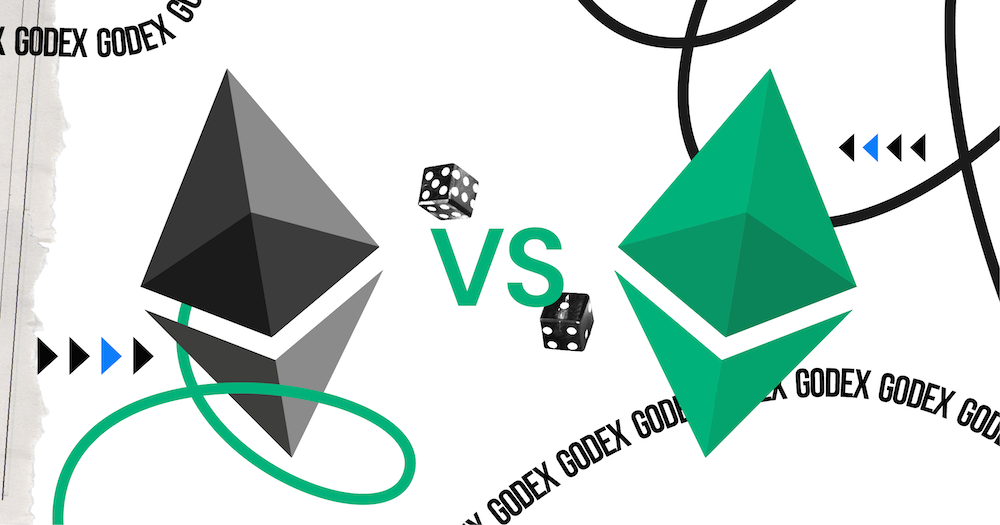 Every aspiring crypto investor will quickly notice that the second most important coin Ethereum (ETH) is not the only cryptocurrency with this name. As many people know, the second crypto is called Ethereum Classic (ETC). And this fact is not an accident: both coins really have a lot in common. And although each of them has its own unique history, most investors immediately start comparing them. ” Ethereum vs Ethereum classic” discussions have been going on since the second coin appeared aiming at finding out which coin has a better future.

How to mine Ethereum and Ethereum Classic cryptocurrencies

Before starting mining Ethereum, Ethereum Classic, or another cryptocurrency, it is worth weighing the pros and cons, since mining can be equated with opening your own business.

How to mine Ethereum

So, what is Ethereum mining?

By 2020, the difficulty of ETH mining has increased so much that it is no longer possible to mine ETH without specialized equipment.

Ethereum network uses the PoW algorithm. At the same time, the hash rate of the Ethereum network is growing, even despite the decrease in the reward for miners to 2 ETH, as well as news of an even greater decrease and the ongoing transition to the Proof-Of-Stake algorithm. Initially, the innovation was planned for 2020, but in September it was announced that the project would be postponed to 2021. The transition to the new algorithm should be gradual. Thus, after a while, the entire structure will fully use PoS in its work. Therefore, at some point, equipment purchased exclusively for Ethereum mining runs the risk of being unnecessary.

At the moment, Ethereum mining is possible both with ASIC miners and video cards. When choosing equipment, it is important to start from the budget and the set goals. It is recommended to install mining farms for more efficient mining. The profit from mining primarily depends on the characteristics of the used equipment. It’s worth noting that while some mining hardware has a higher hash rate, others may consume less power.

Therefore, when choosing the best option, it is important to find a balance between the required power and energy efficiency.

How to mine Ethereum Classic

The Ethereum Classic network provides standard mining capabilities based on the Ethash algorithm and Proof of Work consensus. Mining is done using video cards. It is worth noting that the ETC miners benefited from the hard fork as it allowed them to exit the pools and start mining ETC individually. In August and September 2020, the network fell victim to several 51% attacks, which caused miners to lose a lot of the money they earned. Block confirmation times have been increased to mitigate attacks, but the network is still not secure or stable. The developers reacted to the situation and, among other things, decided to reduce the DAG file, thanks to which even video cards with 3 GB of memory can mine ETC, and the network hash rate will increase significantly. The reward changes every 5,000,000 blocks (the award is reduced by 20%).

Where to buy crypto currencies

The cryptocurrency market remains incomprehensible to most people. But there is no need to be afraid, the main thing is to know about the services, platforms and methods for buying / selling digital money, then it will be possible not to lose money at the stage of entering the industry or exiting it.

How to buy Ethereum

Ethereum acquisition can be an excellent asset for years to come.

Most cryptocurrency exchange services allow buying Ethereum with Visa or MasterCard. Exchange services also support other payment systems: Online banking; QIWI; Perfect Money; Paypal and others. The rate in online exchange services is “worse” by about 1-1.5% than on crypto-exchanges. And, finally, there are numerous commissions that will surely “bite off” a significant part of your funds.

Specialized exchanges are the second way how to buy Ethereum. Exchanges are called as cryptocurrency trading platforms. From the pros of buying on the exchange: you have the opportunity to purchase cryptocurrency at a flexible rate. ETH value fluctuates a lot, so it is possible to conclude a deal on better terms. When withdrawing cryptocurrency to a wallet, only the network commission will be charged.

Are there any other ways how to get Ethereum? Do not write off such an option as the direct purchase of Ethereum. If you are conducting such a transaction with your friend, then you just need to agree on a convenient payment method and fix the rate.

How to trade Ethereum Classic

Today, ETC is a fairly stable cryptocurrency that has very good prospects.

ETC is traded on most major exchanges.

Binance and Exmo are the most popular exchanges.

Before getting down to how to trade Ethereum Classic you should study a lot of materials. It all comes down to 7 steps:

Benefits of Ethereum and Ethereum classic

So, what is the difference between Ethereum and Ethereum Classic?

Ethereum (ETH) operates on a completely new blockchain and most miners use this new version.

Ethereum Classic (ETC) runs on the same protocol and performs a similar function, but it has certain differences in the community. 10 percent of the people on the original Ethereum blockchain are relatively unknown and welcome the idea of a blockchain that cannot be rewritten. The price of ETC is largely dictated by the speculative market, like many other altcoins. Ethereum (ETH), on the other hand, is more in line with the image of the “global computer”, a software company that wants to grow and possibly implement more hard forks in the future.

ETH benefits are the following:

Ethereum Classic is special for the following distinctive qualities such as:

ETC vs ETH – The Ideological Split

The fight between Ethereum and Ethereum Classic is both ethical and ideological.

Ideological points are important to understand because it is an ideology that attracts people and community support is vital for most cryptocurrencies.

It’s important to note that Ethereum is not to blame for what happened to the DAO, as the DAO is completely independent of Ethereum. However, the $ 50 million hack scared the community and the price of ETH dropped from $ 20 to $ 13.

Ethereum Classic came about as a result of disagreement with the Ethereum Foundation’s “The DAO” hard fork. It brought together members of the Ethereum community who rejected the DAO Hard Fork on the philosophical grounds set out in the Ethereum Classic’s Declaration of Independence. People who had ETH on their balance before the DAO hard fork (1,900,000 block) received the same amount of ETC after the hard fork.

Ideologues who were unwavering in their beliefs stayed with ETC, while the rest spilled over to Ethereum for the survival and prosperity of the community

The goal of Ethereum Classic developers is to create a virtual coin free from the ETH disadvantages. According to many experts, they succeeded. It remains only to wait whether the efforts will pay off in the future or not. Nowadays, the blockchain of both systems easily interacts with each other, without the risk of conflict situations. But there are also differences. In particular, ETC grants more rights to create secure smart contracts while sacrificing a common developer base. As for ETH, this crypto network is focused on attracting as many developers as possible. In turn, less attention is paid to the security of smart contracts.

Does Ethereum Classic have a future?

Many users are just getting to know the new Ethereum Classic, they consider it , what are the features and what are the investment prospects. It is not surprising that the exchange rate of the virtual coin is at a low level, and ETH outperforms ETC in a number of positions. As for the technical component, here Classic Ether is more perfect, which creates prospects for further growth. But currently, large corporations and serious developers are on the side of ETH. As for ETC, it is perceived by many people as a temporary error. The situation is aggravated by the growing gap in the price and capitalization of these virtual coins. To stop this process, it is important for developers to continue working on Ethereum Classic and improve it for optimal stability. Analysts are confident in the great potential of ETC, but it needs time. If we talk about the long term, then we can say with complete confidence that Ethereum Classic has every chance not only to survive but also to become a profitable investment.

What is Ethereum Classic used for?

Ethereum Classic is a classic version of the original Ethereum blockchain.

Ethereum Classic goals are the following:

Is Ethereum a good investment in 2020?

How to invest in Ethereum in the upcoming future? As for ETH, the cryptocurrency is supported by large players, and the money stolen in 2020 was returned to the owners. It should be noted that the system is constantly being improved and has a higher hash level. At the same time, the developers themselves seem to be more united which is better in order to solve problems of varying complexity. Ethereum is still far from solving scalability problems, and, most likely, it will face many more difficulties before it becomes the global computer as it is expected to be. But Ethereum’s growth potential is much greater because the possibilities of what can be built on it are theoretically endless. So, Ethereum has more risks, but also more potential rewards.