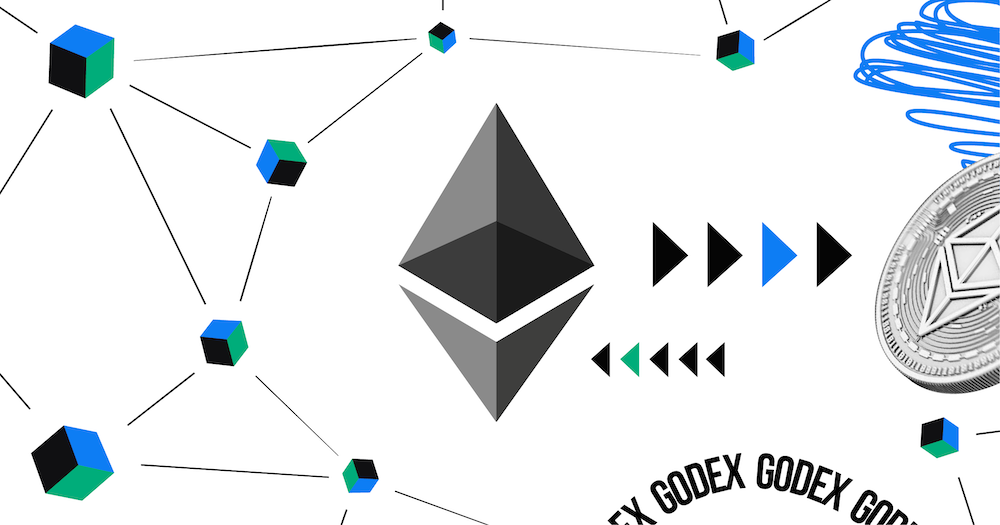 The opportunities coming from cryptocurrency deals are now the reality of many. And we are here to represent another one related to the second most prominent crypto – Ethereum. It’s actually about Ethereum Classic – its earliest hard fork. And we’re going to give you the Ethereum classic price prediction, some useful knowledge, different opinions to help you figure out if it has investment potential. Without further ado, let’s get to work.

The very meaning and essence of the asset

ETC has been already introduced as a hard fork.  Before dwelling on the asset, do you know the definition of a hard fork? Simply put, it is a fundamental shift of the blockchain network’s protocol. It is made to turn formerly inoperative blocks or transactions into valid ones or backward.

Ok, now what about Ethereum Classic? It was born due to a division of the initial Ethereum blockchain into two – Ethereum Classic remaining the initial one and Ethereum becoming a new one. A reason behind the divide was the network’s attack back in 2016 (we’ll talk about it later).  Anyone can access it, the system is not governed or controlled by any institution and comes as a blockchain-based shared crypto field that enables smart contracts.

The latter regulate themselves and operate as independent digital applications functioning all alone as programmed. Do you remember automatic teller machines? They actually can give you the idea of how it all works in the network.

In fact, the role of the platform in the crypto world is integral to the Ethereum classic prediction. The Ethereum Classic’s best feature is decentralized regulation in managing smart contracts. Simply put, they come into action without an intermediary like an attorney. These contracts look like an if-then agreement where had the agreement’s requirements been met, the relevant provisions would be finalized.

If the consent’s provisions were not executed, then a fee or a penalty is likely to be implied. In another scenario, the contract can be voided according to the conditions concluded at the beginning of the agreement. Smart contracts operate on a shared ledger or blockchain network. This kind of ledger looks like logs of operations and agreements that are kept in a shared, open way through different locations.

The deal involving the sides (the one who buys and the one who sells) is presented as a form of code lines inside this contract, which executes itself as stated by its provisions. Therefore, the concept removes any third-party supervision or censoring by the main institution from an equation as the code on its own manages the implementation of this consent.

To understand the Ethereum classic price prediction 2021, why don’t we find out first a present-day estimation.

After being marketed, ETC experienced its low worth of $0.7 and $2 for about 2 years. The first breakthrough came in April 2017 after the worth surge achieving the $19.61 price point by June.

The value dropped a bit by 2018, and yet investors were not left discouraged too long. This upward tendency returned in 2018 making the value of Ethereum Classic an unprecedented $42.84. Besides, Ethereum Classic price predictions were super positive at a time.

Actually, at that time, the overall market was thriving. To get specific, Ripple XRP had its worth surge by an unbelievable 36,000% and Bitcoin hit its ATH of $20,000. Alas, the tendency did not make traders happy for long. Almost every big crypto tumbled down before the beginning of 2019, and some even got back to their pre-2017 value.

Herewith, ETC regained its stable state, ranging between $5 and $8. In late December 2019, the situation got worse. The value had hit under $4 but luckily climbed again in early 2020. Investors breathed a sigh of relief. But again, the situation changed quickly.

In February 2020, it reached $11.77, but the pandemic happened, making almost all cryptos collapse. Thus, ETC decreased to below $5. While most cryptos recovered soon enough, this asset was slowly getting back on track and was not captured by the market bull run showing up in December 2020.

While a feck of its counterparts keeps growing, this asset is consistently failing to keep up. Its worth has increased a bit but at present, it’s dropped by 26 positions down the record of the global largest cryptos by market cap. Additionally, ETC is that kind of project that hasn’t regained its preceding ATH at the bull run. In essence, ETC still remains below its ATH of $42.79. Herewith, many encouraging Ethereum Classic price predictions do not promise that the worth will reach the same point for the following four years.

In general, experts suspected immense volatility across the year. Let’s regard Wallet Investor’s opinions. The guys were not sure about the fate of ETC deeming that the worth would hit $0.969. But things changed more positively, and now they assume ETC will be above $10 during the whole year. The analysts foresee the fluctuation above and beyond $11 and $16 and in late 2021 – about $15.

The Ethereum Classic price prediction ensures an attitude on many platforms that is more favorable than the one announced in January. In no way, Wallet Investor does not anticipate the worth to reach $4-5. It’s a powerful statement considering their earlier opinions of ETC collapsing to $1. The company’s suggestions are promising. What’s more, its experts believe the thing has the potential to reach $20 over this period.

Another forecast agency – Long Forecast – used to be hopeless about the project in early 2021. Some experts did not anticipate that the value would drop down to $5.70 and less, yet they forecast huge volatility which would sabotage advancement across the year. 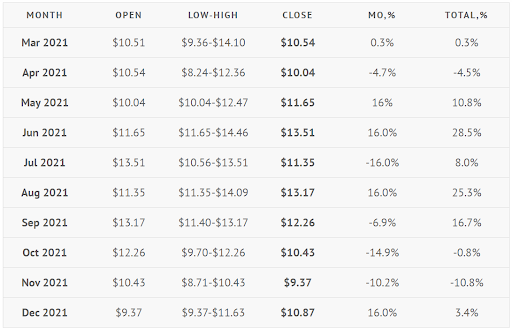 Also, Long Forecast theorizes that the ETC cost can get a decrease down to $8.24 in April and a surge of $14.46 in June. There’s any constant bullish or opposite tendency observed; ETC can end up at some present-day value. Yet, this fact could become upsetting for those seeking after the latest bull run to keep going on.

Trading Beats, an educational platform for traders, doesn’t foresee high volatility, which results in an obvious bull or bear run. Experts are convinced ETC won’t experience any cost movements during the year. As stated by Trading Beasts’ opinions, the least, biggest, and commonplace prices for every month are quite alike. The latter is going to grow from $9.807 to $10.449, yet it’s not a big deal, ruining the longings of all the involved for the Ethereum Classic turning into a game-changer against an initial one in the decade to come.

So, what can analysts state about the next few years to 2025 for ETC? We’ll tell a few opinions. The first one of Digital Coin Price – a worth will definitely skyrocket during the following four years but there will be pretty immense uncertainty from 2023 and on. Although DCP predicts that the value will rise by a few pounds between 2022-2026, its general expectations are promising. The website believes it’s going to reach $52.05 by 2028.

Long Forecast has its own thoughts on ETC’s long-term perspectives. Verify the prediction for 2022: Can you imagine how opposite the forecasts are? So, with prices going down to under $5, the anticipation is not obviously promising.  Even though there’s a big chance for monthly significant volatility, the general tendency is unfavorable – with many forecasts claiming a decrease from $8 to $4 in the following two years.

Sadly, Ethereum classic price prediction for 2024-2025 is not that better. Long Forecast does not deem the value will go any further than $7.48 in 2024. The price point even looks too high regarding the aspect that Ethereum Classic will be traded at $4-6 most of the time. Additionally, by April 2025, the worth will regain $8.35. Yet, it’s at about $3 – less than a present-day cost.

What the future holds for Ethereum Classic (ETC) general value

The project is experiencing ups and downs and is sensitive to big movements on the market. The work in progress about it: roadmap is being revamped, changes are coming, and the team is working on the product. Thus, all of that should have a good impact on ETC’s development, success, and worth.

However, here’s what field experts and savvy analysts conclude:

Does ETC make a good investment in 2021?

It depends on the platform whose opinion to factor in:

What will ETC be worth this year?

Ethereum has the potential to reach this point as a big piece of the global economy pie, especially within the global trade. As for Ethereum Classic, things are different. The biggest price expected for 2028 is $52.