Top 10 ICOs That Achieved the Biggest Return on Investment 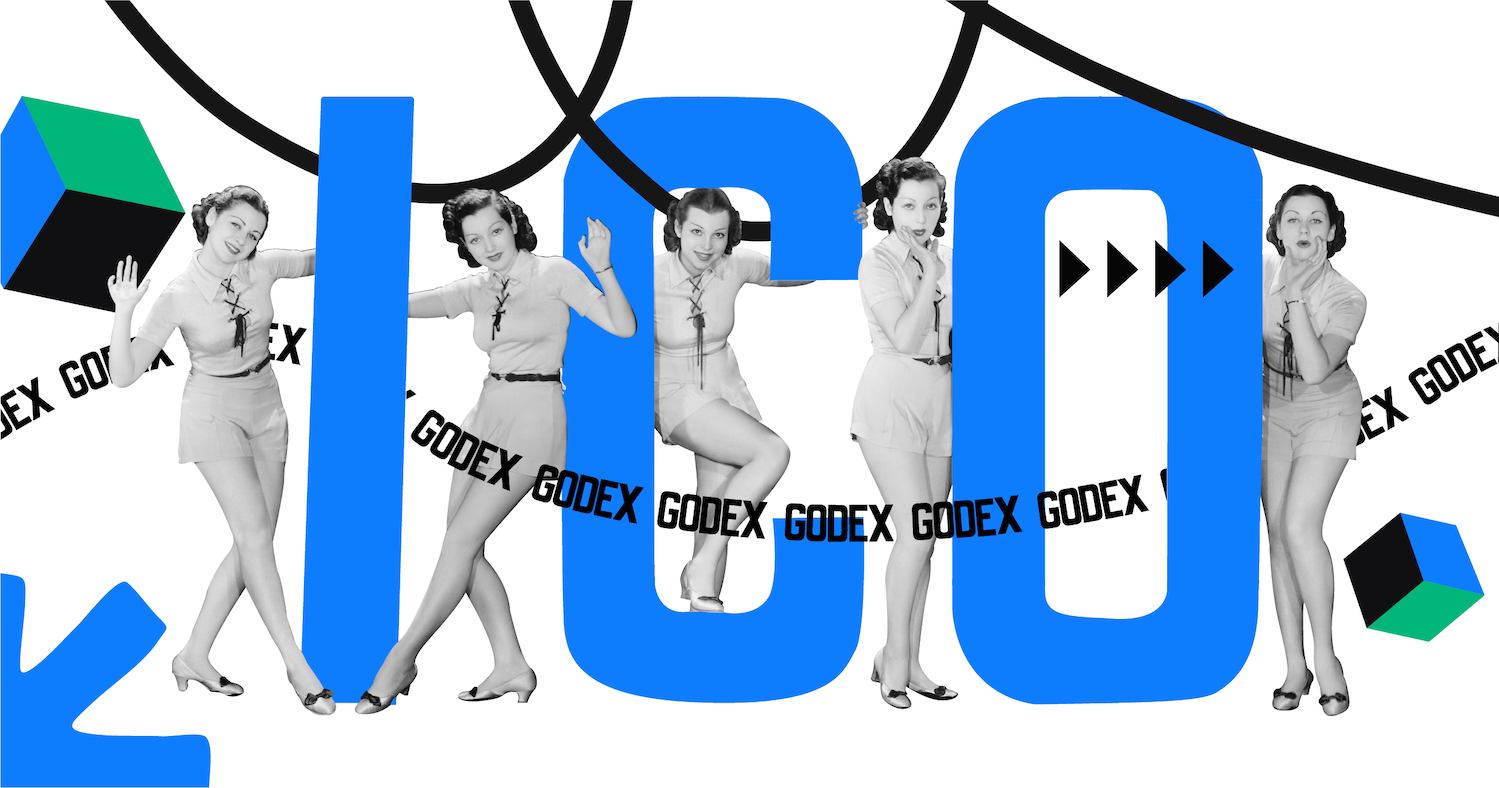 ICOs were popular back in 2017 and 2018 when many investors saw an opportunity to make a quick buck. And many of them did as they invested in the right project that turned out to be profitable. On the other hand, many ideas crowdfunded via ICOs were doomed from the start, but there were too many inexperienced investors to see that.

Despite all that, some ICOs are so successful, that they are definitely worth mentioning in this article. Therefore, we’re going to discuss popular ICOs in the past and tell you more about them. But before that, let’s first take a look at what an ICO actually is and how it works.

What Is an ICO?

ICO is a type of crowdfunding. Similar to Kickstarter, people come up with an idea (or even more than just an idea) and ask people to invest in it.

But there’s one vital difference between traditional crowdfunding and ICOs — you buy a cryptocurrency that’s part of the project’s ecosystem.

In other words, blockchain-based projects allow their investors to buy tokens that are worth a certain sum. If the project is successful, the price of tokens would go up as well.

ICO stands for Initial Coin Offering, which is an event that lasts for a certain period of time. During that period, the team behind the project or idea sells cryptos to interested buyers.

Based on the whitepaper provided by the token sellers, investors decide whether they would buy tokens or not. In this whitepaper, the team presents their idea and how it would be applied to solve a real-life problem by using a blockchain-based solution.

Were all ICOs honest? Of course not. Many of them were just scams. Scammers made a fake whitepaper and fake team members, along with their LinkedIn profiles. And inexperienced investors fell for those scams, losing money in the process. That’s actually why the popularity of ICOs is not as high as before.

However, there are companies that raised money this way and went on to become huge in the tech world. Their ICOs also resulted in a huge ROI.

To see whether an ICO was successful, all you have to do is look at the current price of its coin compared to its starting price. The majority of coins are not even available anymore as the projects ceased to exist. But some of them are still going strong as their companies became an important part of the blockchain/cryptocurrency space.

A word of caution, though — ROI often changes as cryptocurrency prices change frequently. Therefore, we took the highest price that certain tokens recorded to calculate everything properly. That price might be entirely different when you are reading this article.

Although NXT isn’t as popular as many cryptocurrencies nowadays, it went down in history as one of the most thriving initial coin offerings. Its ROI reached approximately 1,265,555% at one point in 2018.

This token was supposed to power transactions taking place on the IoT (which is an abbreviation for the Internet of Things). The idea was well-received back in 2015 when the ICO took place. IOTA tokens were sold at only $0.001 per unit. The project managed to collect $400,000.

IOTA’s peak price was around $5.2 at one point, making a huge ROI. Nowadays, IOTA is traded at around $0.2, which is still a pretty decent price.

This crypto was big! It was created by a company from China that aimed to make a Chinese version of Ethereum. So, the big guys from the tech world, including the two biggest in the US and China — Microsoft and Alibaba — immediately decided to support it. The company managed to collect more than $556,500 back in 2016, selling approximately 17 million cryptos. The original token price was $0.032, and it reached its peak in 2018, when NEO was traded at $162.11. Today, it is a little over $10.

Everyone knows about Vitalik Buterin’s brainchild and it’s fairly safe to say that it is the most successful ICO of all time. It took place in 2014 when Buterin presented his idea of using blockchain to create smart contracts and develop dApps (i.e. decentralized apps, which are similar to web or mobile apps but built “on the chain”). Investors immediately saw an opportunity and bought more than 50 million tokens at the starting price of $0.311 per unit.

Right now, a single token costs about $230, and it reached a peak in January 2018, when it was traded at more than $1,300. Nowadays, every crypto enthusiast considers Ethereum almost as important as Bitcoin, and that’s why they actively engage in supporting it.

EOS managed to raise a total of $185 million when it appeared on the market, and it achieved that goal in just five days. Only a couple of days after the token had been released, its price went from $0.925 to a whopping $5. EOS was sold by Block.one, which is a start-up company aiming to make a better version of Ethereum.

Stratis is a BaaS provider, and is established to help with creating private blockchains. It was immediately supported by Microsoft and managed to raise $610,000. In its ICO, one crypto unit was sold at $0.007. STRAT was once traded at an all-time high price of $21.21. Today, it’s $0.45.

Ark aims to create a link between blockchains and set up a unique ecosystem. The idea was impressive right away, and its ICO raised more than $950,000, selling ARK at $0.01 apiece. The all-time high for the coin was $10.20, and it currently trades at $0.3.

Lisk allows the creation of customized sidechains that developers would be able to use for hosting their dApps. Its ICO was held in March 2016 and collected $5.7 million. The tokens were sold at $0.76. The all-time high for Lisk was in January 2018, when the currency reached $38.8. As of today, 1 LSK equals $1.14.

DigixDAO made a small revolution in the crypto world. It was the first Ethereum DAO, and as such, was pretty inviting for ICO investors. The project raised $5.5 million via its ICO — and all of that happened in a day. DGD’s starting price was $3.235. It peaked at more than $510, but now, it is traded at $44.

It was difficult to decide whether to include Telegram in this list or not. The popular app started out as an ICO and the original plan was to raise $1.2 billion by selling its token known as GRAM. The ICO raised approximately $1.7 billion, which set new records in the industry. Just for the sake of comparison, the second most invested-in ICO is Filecoin which raised $257 million. However, Telegram has had to ban its crypto recently due to a series of legal and financial complications. If that hadn’t happened, GRAM would have been selling at a very high price.

Although ICOs are not as popular as they used to be, there are still interesting projects that are worth taking into account. Let’s take a look at some of the most anticipated ICOs in 2020.

What Are the Risks Associated with Investing in ICOs?

Investing in cryptocurrencies can be risky — much riskier than other forms of investing, and here’s why.

To sum up, investing in ICOs can be risky, but there are still many people who are willing to take the risk due to the possibility of a huge ROI, such as in some cases we listed above. If you’re willing to get into the crypto world, another alternative is just to trade existing cryptos on secure crypto exchanges such as Godex that support hundreds of popular cryptocurrencies. 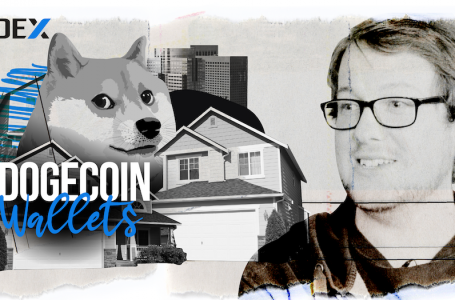 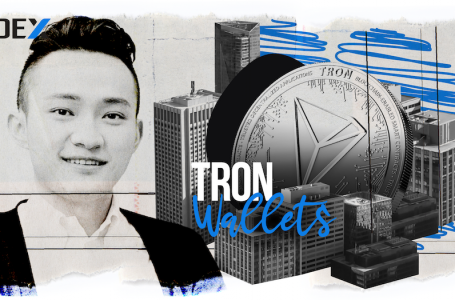