Home / Crypto Currencies / What are the best places to store THETA coins? List of the best THETA wallets

What are the best places to store THETA coins? List of the best THETA wallets 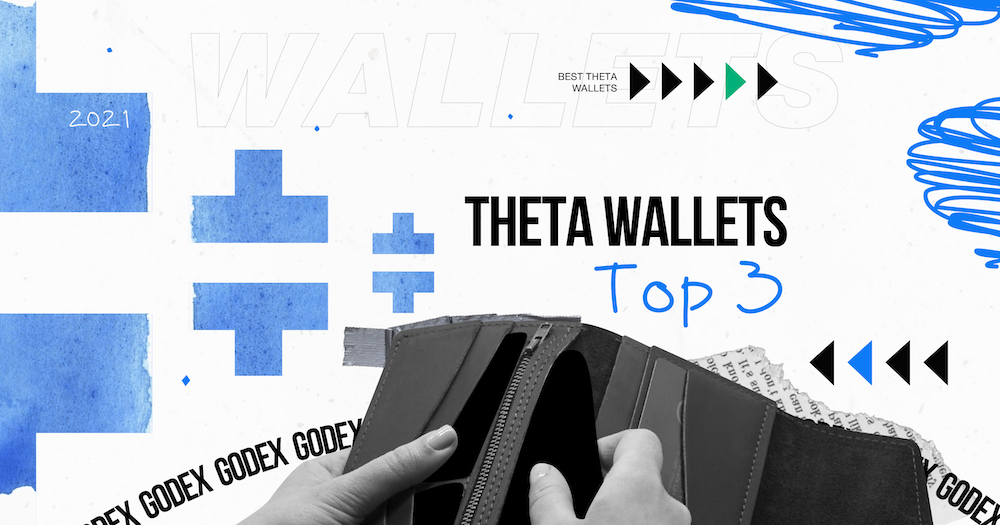 As it happens, almost all video content on the Internet is in the hands of 7-8 major players, and the bulk is on Youtube. Delivering video to users requires colossal investments in infrastructure, i.e. a geographically distributed network of data centers with powerful servers and high-speed channels to traffic exchange points.

Meanwhile, according to a report from Cisco, by 2023, 80% of all global traffic will come from video content, and its amount will be measured in zettabytes (100 trillion gigabytes).

A significant increase in the share of 4K, 8K and VR video, which requires huge computing power of servers for its transcoding and storage, as well as a multiple increase in the bandwidth of Internet channels to deliver content to users is another feature of the current trend.

The solution to these problems is offered by the THETA blockchain project.

Unfair distribution of income is the main feature of the video content industry. Video hosting, streaming services and online cinemas receive the bulk of the revenue, while the direct content creators get literally the crumbs.

Viewers, spending their time, including watching ads, do not get anything. This distribution is explained by the whopping costs of renting and maintaining the network infrastructure, but the problem is that centralized video content delivery solutions are already facing serious technological constraints and are not efficient enough. In just a few years, they will not be able to fully meet the demand for high-quality video, even if they significantly increase the rate of commissioning of new servers.

THETA offers a more efficient and fair solution. Rejection of the centralized architecture and the transfer of video processing and transmission to a decentralized peer-to-peer network will allow:

The interaction algorithm is simple: when watching a video, the user gets THETA Fuel. which are digital coins that are transferred to other members who have contributed their video caching power.

Each user also becomes part of the decentralized network and takes part in the distribution of content, for which they get a reward in the form of THETA Fuel.

Platforms that want to get an audience for watching videos buy tokens in order to pay for user-provided resources, but they no longer have to bear the giantlike costs of building and maintaining network infrastructure around the world. Real savings, plus the possibility of simple monetization, as well as an effective and high-tech solution to a real problem, are the main reasons for THETA’s success.

How does THETA work?

THETA is a decentralized storage system, but optimized for video-on-demand and streaming. The blockchain is based on a unique consensus algorithm, i.e. Multi-BFT Consensus. In many ways, it is similar in features to Delegated PoS, but focused on confirming the delivery of content. The high performance of the decentralized network is achieved thanks to the following technical details:

The consensus algorithm is split into two layers. Nodes (Enterprise Validator Node) are responsible for the formation of blocks, now there are more than 10, but the planned number will not exceed 20-30 nodes. This solution eliminates voting delays. Guardian Nodes complete the second layer. Their task is to check the finality of each block. The planned number of such nodes is 1000, their main task is to offload the Validator Node from work that is not related to finding a consensus. The third type of node, THETA Edge Cacher, provides caching and content creation on the web and does not participate in consensus-seeking.

Resource-Oriented Micropayment Pool provides automatic distribution and transfer of THETA Fuel and formation of the corresponding transactions. Validators will only have to include them in the next block.

The platform supports two types of tokens, i.e. THETA and THETA Fuel (TFUEL). To organize Enterprise and Guardian nodes, the “main” token must be stacked (the reward is calculated in THETA Fuel).

THETA protocol is one of the ecosystems that has been building up its potential over the past two weeks. THETA token is up 50% and THETA Fuel is up 71% ahead of the upcoming Mainnet 3.0 launch scheduled for June 30th.

How Does a Cryptocurrency Wallet Work?

Crypto wallets are used to store, send and receive digital currencies with the help of public and private keys. Public keys identify your online account, while private keys confirm that you are the legitimate payment recipient.

Cryptocurrencies can be stored in several ways:

– Software. Some crypto wallets can be downloaded on PC and Mac. Then users will be able to access their wallet only from the particular computer. While storing cryptocurrencies this way is fairly safe, problems can arise if your computer breaks down or gets infected with a virus.

– An online wallet. As an alternative to software, you can use crypto wallets provided by resellers. They can be accessed from any internet device. Such platforms are a common target for hackers.

– Applications. Many companies have made versions of crypto wallets as applications for smartphones.

-Hardware wallets. Those crypto owners who don’t trust online wallets can store private keys on USB drives or in specialized hardware crypto wallets. Since they only connect to the internet when making transactions, the risk of funds being stolen is reduced significantly.

– A paper wallet. The recording of personal keys on paper is another form of “cold storage”. It is important to make sure these records are kept safe and the public and private keys are put accurately on paper, otherwise the cryptocurrency may be lost forever.

There are precautions that shall be taken into account by cryptocurrency users in order to keep their funds safe.

If you use software, network or mobile wallets, we recommend you to keep only a small amount of your funds there which is enough for ordinary transfers. The major amount should be stored in cold wallets.

The best when these precautions are combined with additional safety measures. Using two-factor authentication, which verifies a user’s identity in two different ways during the login process, helps to secure the account. It is also important to remain vigilant and be able to recognize fraudulent emails sent on behalf of a legitimate provider by spoofing an address. Such phishing attacks are aimed at obtaining usernames and passwords from accounts. Keeping your software up to date also helps protect against vulnerabilities.

What is THETA Wallet?

An official THETA web wallet supporting both THETA and TFUEL tokens was launched by THETA developers in March 2019. Currently, this THETA coin wallet is available for all mainstream browsers including Firefox, Chrome, IE, or Opera.

Where to store THETA tokens?

In terms of capitalization, THETA is ranked 17th in the current Сoinmarket rating. This cryptocurrency is listed on many cryptocurrency exchanges, the total daily turnover reaches tens of millions of US dollars.

If you want to store your coins, besides using the official THETA WALLET look up at several third-party wallets that support THETA and TFUEL storage, including Trustwallet and others. Trezor and Ledger hardware wallets also support the storage of THETA tokens.

If you plan to buy tokens solely for investment purposes, then you can limit yourself to storing them in a wallet on one of the exchanges.

Below for your information we provide our list of 3 the best THETA wallets in 2021.

Ledger hardware wallet is a market leader due to its multicurrency, diverse model range and excellent protection against hacking. You can manage your wallet through the Ledger Live interface, which is released for both iOS and Android.

The company has released three models that differ in design and characteristics:

The Ledger Nano S was launched back in 2016. The device looks like a flash drive with two buttons and a tiny screen. The advantages are low cost, multicurrency and high level of reliability. Disadvantages include limited memory, inconvenient interface, outdated design and small screen.

The Ledger Nano X is an improvement over the previous version. The device was released with a large display and convenient buttons, an increased memory size and an improved battery charge. The device supports Bluetooth.

The Ledger Blue is a premium design. Externally, the device resembles an mp3 player with a convenient touch screen instead of buttons. The set of functions is similar to its predecessor. The advantages of the device include the convenience and speed of transactions thanks to the touch screen.

A hardware wallet is more secure in this respect than a personal computer, smartphone or tablet, but you must keep the SEED phrase secret. In the event of a breakdown or loss of the wallet, you can recover funds using a SEED phrase. An attacker will not be able to use your wallet if he does not know the pin code.

Trezor is a pioneer among hardware wallets which was launched in 2013 by the Czech company Satoshi Labs. Trezor wallet supports many cryptocurrencies: Bitcoin Cash, Bitcoin, Litecoin, Dash, ZCash including THETA. The device does not exceed the size of a flash drive, it is equipped with a tiny display and two buttons for navigation. It is produced in two variations with aluminum and plastic housings.

Although Trezor is a cold THETA wallet, find the unique opportunity to perform many of the functions that are available in an online wallet. You can pay for a product or service using it at any time. It is compact and can even be worn as a keychain. Your THETA tokens are not stored on the public network, but in order to conduct a transaction, you just need to connect Trezor to your computer. If your computer is infected with a virus or if your Trezor is stolen, this will not affect the safety of your savings in any way. You can always access them.  Advantages of the device are the following:

Unlike the trendy Ledger, Trezor device is THETA Wallet Windows and it still uses Linux and Android OS, which are all subject to malware running.

Trust Wallet is Binance’s official multicurrency crypto wallet that integrates a decentralized exchange based on the interaction between the Binance DEX platform and the Kyber Network.

The creator of Trust Wallet is an American programmer of Ukrainian origin Viktor Radchenko, whose developments interested Binance, which acquired the source code for the wallet.

Having created the wallet, priority was given to security and advanced set of functions, which resulted in the release of the first stable version for mobile platforms in November 2017.

The wallet is constantly developing and improving. Advantages of the device are the following:

The listed features of Trust Wallet allowed it to become a leader among multicurrency wallets and even to compete with full-fledged decentralized exchanges.

Technologies that can deliver content faster and better will have a bright future in this industry. Financial incentives also play a vital role in success. 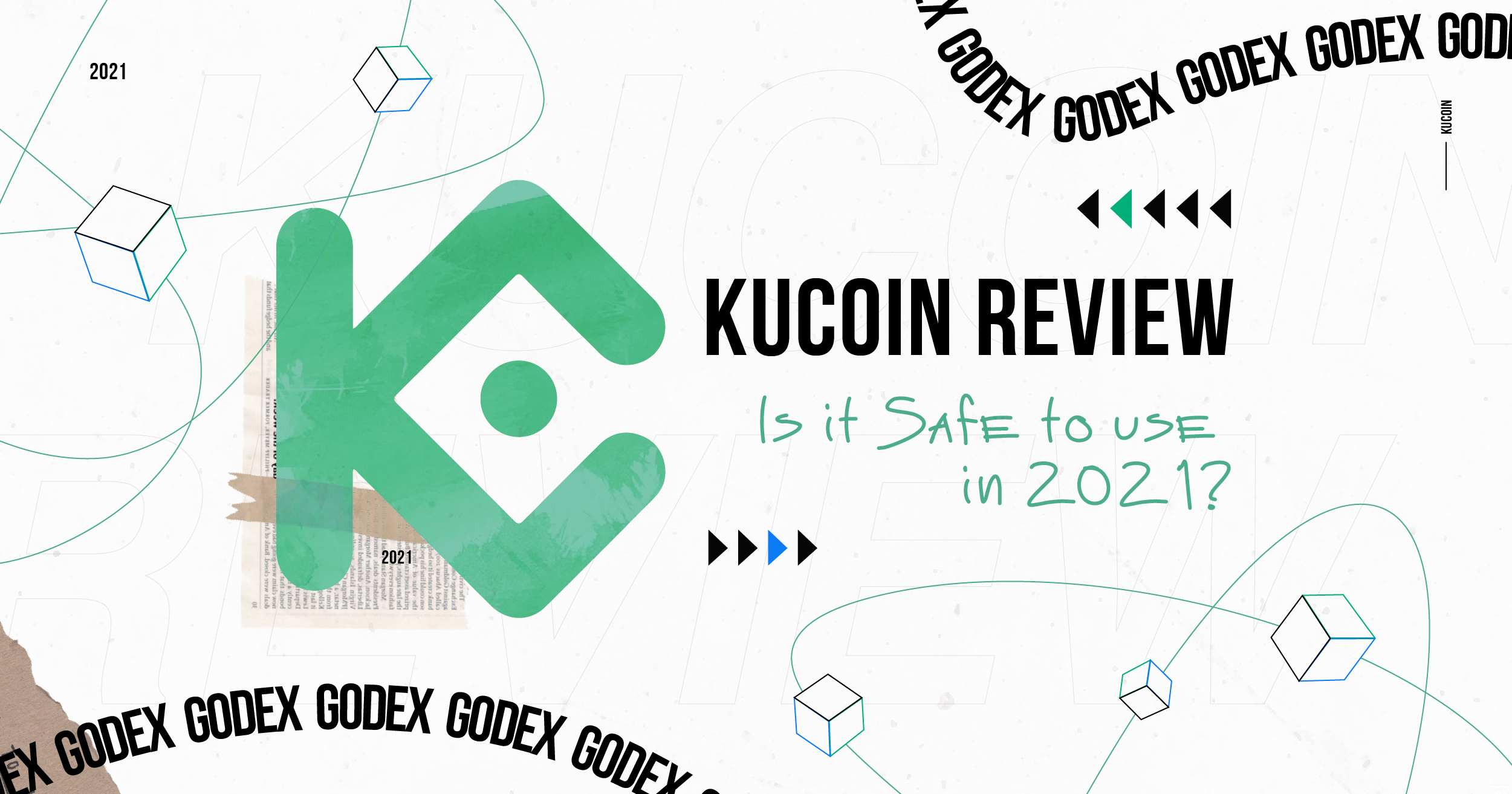