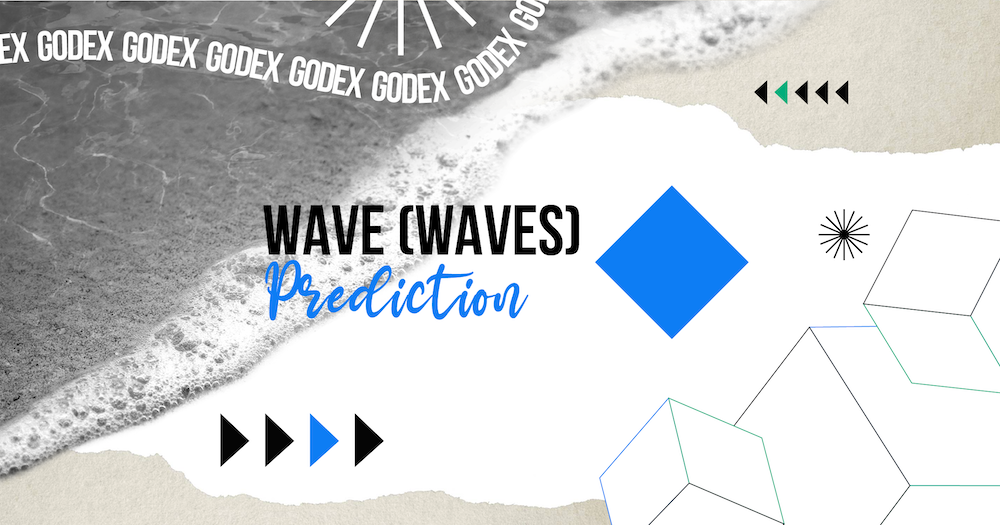 Just like other cryptocurrencies, Waves has to deal with the consequences of the pandemic. A certain fact about cryptocurrency price increase exists, such as – once a coin receives positive media coverage, its price automatically boosts, and people create hype around it by buying it massively.

Any crypto coin course continuously fluctuates, therefore tracking the approximate waves price prediction, free charts, and news about the currency is essential. Godex.io is the best online platform for such purposes. Waves prediction as of June  – $54.83 till December – $204.53.

Waves (WAVES) is an open-source blockchain protocol designed for Web 3.0 application development and decentralized solutions. The platform aims to raise the security, reliability, and speed of IT systems. The project issues custom tokens that can be used for loyalty programs, in-app currency creation, and Initial Coin Offerings (ICOs) founding. The Waves tokens are available for swapping to fiat currencies and other assets, such as bonds, intellectual property, stocks, commodities, etc.

The blockchain infrastructure also conducts crowdfunding campaigns that facilitate a project or venture funding by a great number of people investing online as much as they can. It also operates on the basis of the Leasing Proof of Stake (PoS/LPoS) consensus algorithm that protects the network through an agreement between nodes. It functions similarly to the PoS mechanism except for one part – the choice of validators. The principle is validator nodes generate transactions according to the LPoS model but the risk of forming another transaction by the node is proportional to the share of the leased cryptocurrency held by the validator. Users thereafter have the right to hand over cryptocurrency to validators for a payment.

Waves is one of the earliest platforms for establishing dApps, and it has emerged as a great investment opportunity for crypto investors and traders due to wave predictions rising from $12 to $40 as of April till May. It also has contributed to smart contract development ensuring speed and usability, which has surpassed competition at the time. The network has also released a cross-chain and oracle network – Gravity and Neutrino with a focus on decentralized finance (DeFi). Waves in 2020 announced releasing the WAVES token as an ERC-20 standard asset on the basis of the cooperation with Ethereum.

The blockchain is open to prospective business clients aiming to use it to create or improve a product or a service.

What distinguishes Waves network from others is how future-oriented it is: the platform is for innovative experimentations carried by the pioneering developers of tomorrow. It provides robust security through Proof-of-Stake consensus with 300 nodes communicating with each other and spreading information on transactions and blocks across the globe. The tech-stack-based programming language – Ride – helps to avoid serious errors, whereas Oracles offer connection with real-world data.

The ecosystem is accessible for developers, traders, investors, node holders, leasers, blockchain enthusiasts, and beginners in the crypto space. Each one of them is able to either build an app based on decentralized features or explore the Waves protocol or become a part of the Waves developer community, trade and invest, launch a Waves node, get benefits from leasing, make waves coin price prediction, and more.

The cryptocurrency should grow individually as well as for alliances by the end of 2021. New associations with Waves have enough potential to make it the center for investments in the crypto market and rise to $50. At the same time, traders shall execute more transactions every second to stay ahead of crypto rivals. Other sources state that Waves may reach around $200 of the price by December 2021.

The Waves may transition from the Ethereum base to the world cryptocurrency exchanges list by the end of 2022, taking its price around $62.

The maximum price, per waves coin prediction, may rise up to $79.12.

A jaw-dropping price possibility does exist – Waves’ price can elevate to $82.7. Waves has full potential to not only sustain a stable price but to consistently grow in adverse conditions.

The cryptocurrency might break all the barriers and withstand the test of time, scaling a peak of $85.05 to $100.