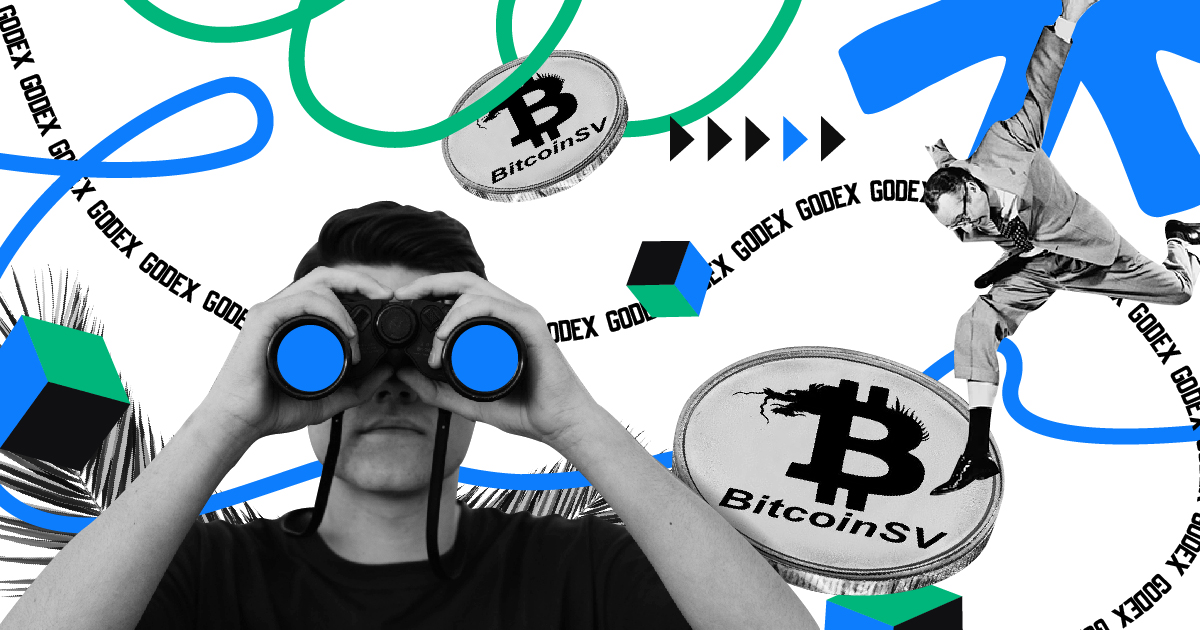 The exponential growth of Bitcoin Satoshi Vision (BSV) against the general bear trend on the cryptocurrency market in autumn 2019 has impressed the community. Due to the increasing market capitalization, the newly emerged altcoin was ranked 5th on CoinMarketCap and managed to maintain its high position at the beginning of 2020. In the article we defined most promising Bitcoin SV price predictions in 2021.

Currently, BSV has a value of around $5 billion and a price, which is significantly lower than in 2018 when it has first entered the market. However, there is no reason to despair: in the long-term perspective, the coin has all chances to overgrow its initial price.

Bitcoin Satoshi Vision, or BSV, has stemmed from Bitcoin Cash as a consequence of BCH blockchain upgrade in November 2018. The split has brought two hard forks on the crypto market: Bitcoin SV and BCH ABC (authentic Bitcoin Cash). BSV project, supported by Craig S Wright, who claims to be Satoshi Nakamoto, was originally introduced as “the real Bitcoin”. At the same time, BCH ABC, backed by its ex leader Roger Ver,  stood for original Bitcoin Cash project.

Hard fork was caused by the conflict in the Bitcoin Cash community concerning the massive codebase update. Craig S Wright has stated that the planned update would not solve the key Bitcoin Cash problem – scalability. According to Bitcoin SV leaders, the infrastructure of a new altcoin will focus on scalability, security and affordable transaction costs.

BitcoinSV price and predictions for 2020

Despite pessimistic attitudes towards Bitcoin SV expressed by Vitalik Buterin, Whale Panda and Roger VerMost, most current price predictions are positively evaluating the BSV long-term investment perspectives. So what does the future holds for BSV funs in 2020?

In 2020, TradingBeasts forecasts a slight growth in price and stabilization on the level $200 by the end of the year.

According to the latest price prediction, BSV is meant to grow in the upcoming years. While there will be no rapid growth in 2020, the price will grow to almost $400 by 2025.

In its conservative statement, Wallet Investor, one of the top crypto forecasting services, predicted BSV to shoot up to $350 by the end of 2020 and continue to grow to the $500 point by 2025.

As stated by Crypto Rating, Bitcoin SV might very well reach almost $700 in six month with more than 100% change. What is more, the service is also positive about altcoin’s future growth: by the end of the year, BSV can growth to around $1000.

Check Top 9 most profitable cryptocurrencies in 2020

Want to exchange or buy BSV?

At least, several large crypto exchanges allow traders to buy and sell BSV for both fiat money and other cryptocurrencies. Among them – Godex.io, Huobi, Bittrex, KuCoin, Poloniex, and many others.

For example, Godex.io crypto exchange allows users to trade BSV (both sell and buy) with no limits and anonymously. Godex.io is a popular exchange platform that guarantees quick and secure cryptocurrency swaps. Unlike many other exchanges Godex requires neither signup procedure nor account verification. The exchange process is utterly simple and clear. The Godex system provides optimal price rates using data of the most representative platforms such as Bitfinex and Binance. Due to entirely automated service, any kind of transaction mistakes is impossible. Besides BitcoinSV the platform provides over 200 cryptocurrencies for instant crypto exchange.

Despite all pessimism around Bitcoin SV, the altcoin is predicted to grow and stabilize by the end of the year. Maybe it is not worth waiting for significant changes in price dynamics in the near future, but the altcoin has all chances to rock the crypto market in the long run.